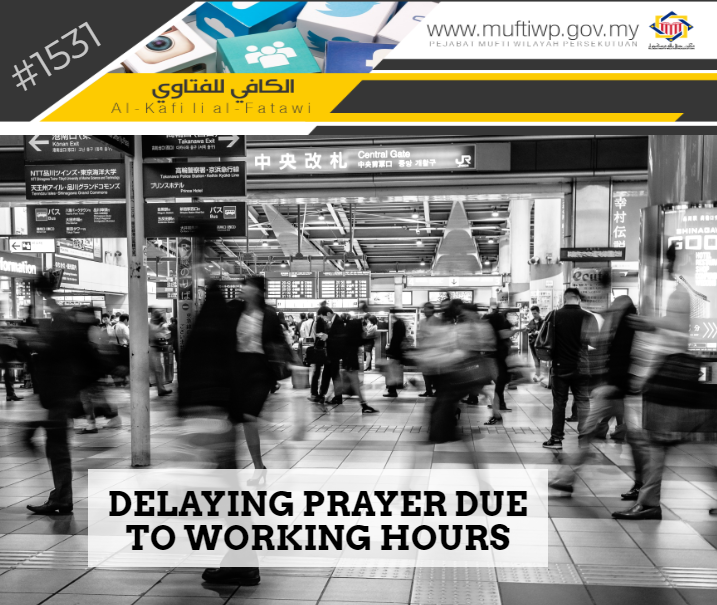 Assalamualaikum. I performed Subh prayer at 8 o’clock because the distance between my workplace from my house is 153km. I went out for work before the Subh adhan. If I pray Subh on the way, I will be late and I’m worried that it will not be a blessed income if I lie about my time arriving at work on my punch card. How should I perform my Subh prayer at 8 o’clock in my office? Do I need to perform it as qadha’ (replacement) or the normal Subh prayer? It is not a problem if I drive my car, but problems will arise when I ride my bike.

As an introduction, we present the dalil of obligation to perform prayer for all Muslims who have sound mind, reached puberty and in pure state (not in menses).

Indeed, prayer has been decreed upon the believers a decree of specified times.

Next, a hadith on replacing prayer narrated by Anas bin Malik RA where the Prophet PBUH said:

He who forgets the prayer, or he slept (and it was omitted), its expiation is (only) that he should observe it when he remembers it

The scholars put several situations in which one is not sinful to delay his prayer until it passes its time. Among them:

Next, for further reading one may refer to our previous article in the section Tahqiq al-Masail: The Ruling of Qadha’ for Those Who Intentionally Abandon Prayer

Coming back to the question presented, we are of the opinion that qadha’ prayer due to fear of entering work late is not included under the excuses permitted by syara’. This is because, prayer is the rights of Allah which is obligated in its time in any situation. While working is the rights (responsibility) towards oneself and family. However, when there is a contradiction between the rights of Allah and the creation, the rights of Allah is wajib to be prioritised. The Prophet PBUH said:

Therefore, we suggest some suggestions:

Consequently, delaying prayer until the time ends not in desperate situations is impermissible. Lastly, may Allah SWT accept all our deeds as well as give us taufiq and hidayah to practice His Shari’a accordingly.