IRSYAD AL-HADITH SERIES 20: THE HADITH ON JIHAD AGAINST OUR NAFS (DESIRE) 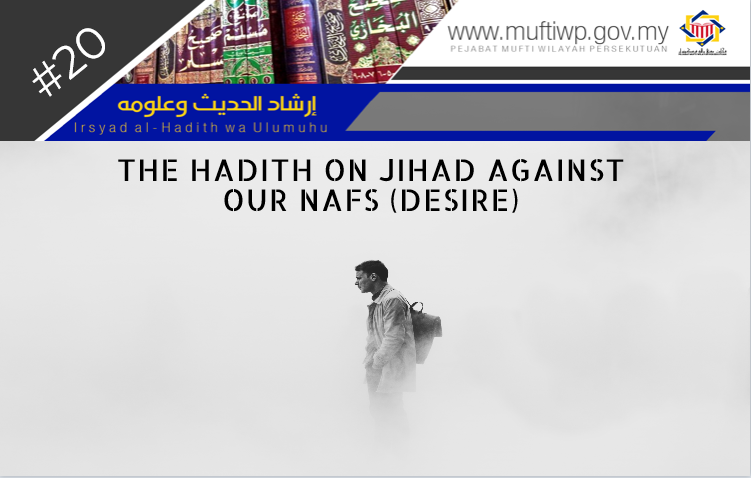 Assalamualaikum, what is the status of the following hadith?

This hadith is narrated by Jabir bin ‘Abdillah RA, where the Prophet PBUH said:

“We have come back from a smaller jihad to a greater jihad. They asked: What is meant by the greater jihad? The prophet PBUH replied: The determination of a slave fighting his nafs (desires).”

This hadith is narrated with the same meaning by al-Baihaqi (373) in al-Zuhd, Sunan al-Kabir

Opinions of Scholars Regarding This Hadith:

“And those who strive for Us - We will surely guide them to Our ways. And indeed, Allah is with the doers of good.”

Lastly, may Allah SWT make us from among His pious slaves who always fulfils His commandments and leaves His prohibitions.