IRSYAD AL-HADITH SERIES 29: ARABIC IS THE LANGUAGE OF DHAD (ض) 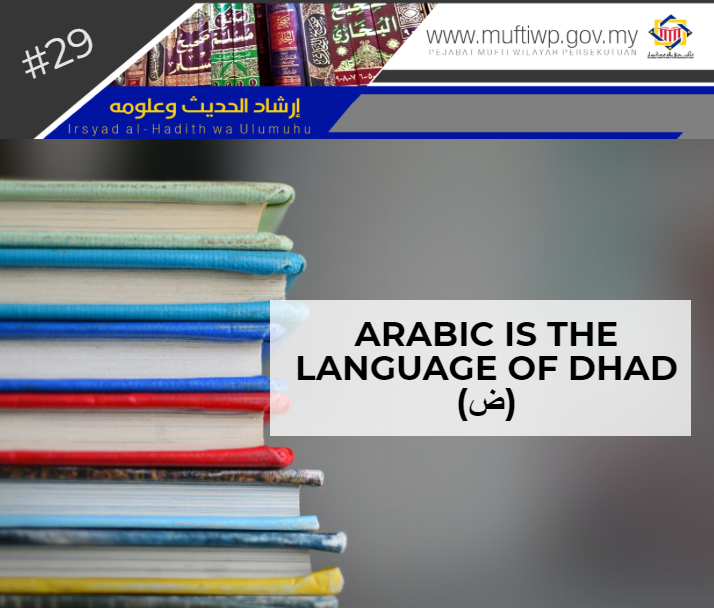 Why is the Arabic is named as the language of dhad (ض)?

Pertaining to the question presented, Arabic is also named as the language of dhad (ض) due to a famous hadith (saying) which is:

The ruling of the Hadith

After considering the scholars’ opinion upon this hadith, we are of the opinion that this hadith (saying) is not sahih and we cannot say it is from the Prophet PBUH even if its meaning is sahih. The meaning of this hadith is sahih in which the Prophet PBUH is the most well-versed in pronouncing and articulating the hija’ alphabets. Besides, the letter dhad is the hardest letter to be pronounced especially by the non-Arabs. Therefore, the Arabic language is named as the language of dhad referring to the hardest alphabet to be pronounced among the hija’ alphabets. However, it is merely a name and does not have any impact towards one’s aqidah or ibadah.

Lastly, may Allah SWT make us from among the most well-versed in reciting al-Quran and always practice what is commanded by Him. Ameen.