IRSYAD AL-HADITH SERIES 3: HADITHS REGARDING THE MAWLID OF THE PROPHET PBUH 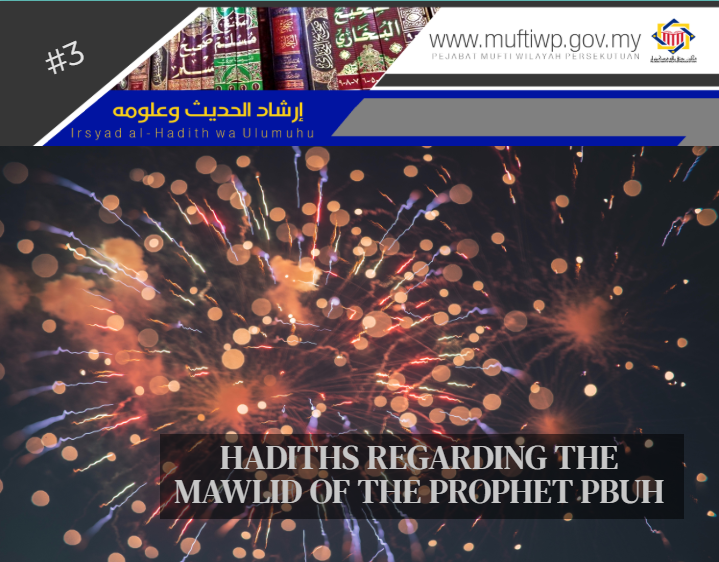 What is the status of the following hadiths? Because every time it is the day of the celebration of the mawlid of the Prophet PBUH, these hadiths are shared, spread and read to the public. The hadiths are as the following:

For the first hadith, the text is as follows:

While the text of the second hadith is as follows:

The former Mufti of Johor, al-Sheikh Syed Alwi bin Tahir al-Haddad Rahimahullah has explained the status of both hadiths and the hadiths are included in the book Fatwa-fatwa Mufti Kerajaan Johor in which his answer is:

The hadiths you mentioned are mawdu’ (fake/or a fabrication), incorrect and of no origin.

The ummah of Muhammad PBUH is commanded to honour the Prophet PBUH and glorify him according to the verses of the Quran in surah al-Fath.

When Sheikh Abdullah bin Abd al-Rahman al-Jibrin was asked of the status of the hadith مَنْ عَظَّمَ مَولِدِي كُنْتُ شَفِيعًا لَهُ يَوْمَ القِيَامَةِ, he answered: “This hadith is not sahih. It is neither narrated in the sahih books of hadith nor in the sunan books and it is a fabrication…”[1]

May this explanation give us understanding to be more cautious in spreading something said to be from the Prophet PBUH’s. Wallahua’lam.