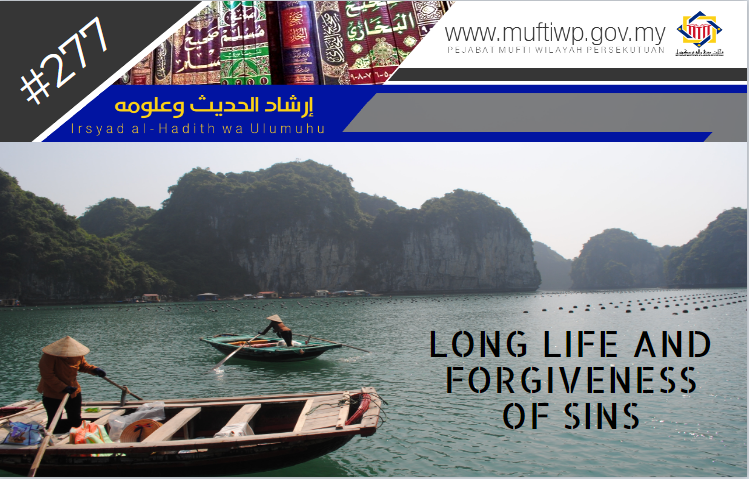 Assalamualaikum. What is the status of this hadith?

Every human does not know when it is his age will end. However, all of it is in the knowledge of Allah SWT as stated in numerous verses of the Quran when the matter of the end of human life is discussed. Furthermore, the Prophet PBUH also mentioned in a hadith related to age and the life of his ummah:

“The lifespan of my nation is between sixty to seventy, and the least of them are those who surpass that.”

Moreover, if Allah SWT prolongs the life or age of a person, it is so that it would be the reason for them to ponder and learn the religion. This is stated in the Quran through the statement of Allah SWT:

“But did We not grant you life enough for whoever would remember therein to remember,”

Syeikh Sayyid al-Tantawi when commenting on this verse said that Allah SWT rebukes those who remain in loss and distracted with this world whilst they are growing older and are able to seek the truth or the light of faith. (See Tafsir al-Wasith, 352/11)

Thus, we are inclined to state that the narration is dhaif (weak). However, the mention of age is stated in other hadiths as narrated by Imam al-Bukhari and Imam Ahmad:

“Allah SWT removes any concession on whoever whose death is delayed (enjoy prolonged life) until he reaches 60 years old.”

"Allah will not accept the excuse of any person whose instant of death is delayed till he is sixty years of age."

“Whoever reaches the age of 60 years old, Allah SWT will not accept any excuse due to his age.”

The above hadiths prove that the purpose that Allah SWT blessed a person with long life is for him to use the opportunity and time in obedience so that he would be unable to argue in the hereafter as to how little his good deeds are.

Imam al-Hafiz Ibn Hajar al-Asqalani when commenting on this hadith said, the hadith means that there is no remaining concession (no excuses would be accepted) for those who are blessed with prolonged life by Allah SWT, such as the statement of “if Allah SWT prolongs my life, surely I would have obeyed the commandments”. Any concession is removed (excuses are nor accepted), for the person has reached the last of his concessions to leave obedience for they are able to do good when they are blessed with long life. Thus, an elderly person can no longer give excuses to busy themselves with matters other than istighfar (repentance to Allah SWT), obedience and preparing himself to face the hereafter. (See Fath al-Bari, 240/11)

To conclude, every person who believes in Allah SWT and the hereafter would not waste the life blessed to him by Allah SWT. The life and age should be filled with beneficial matters such as with good deeds and study or learning. Lastly, let us all contemplate the words of the Prophet PBUH when he was asked regarding who is the best among the people.

"He whose life is long and his deeds are good."

May Allah SWT bless our age and guide us so that we would be consistent in our obedience to Allah SWT and be included as those who would enter the paradise of Allah SWT in the hereafter. Amin.