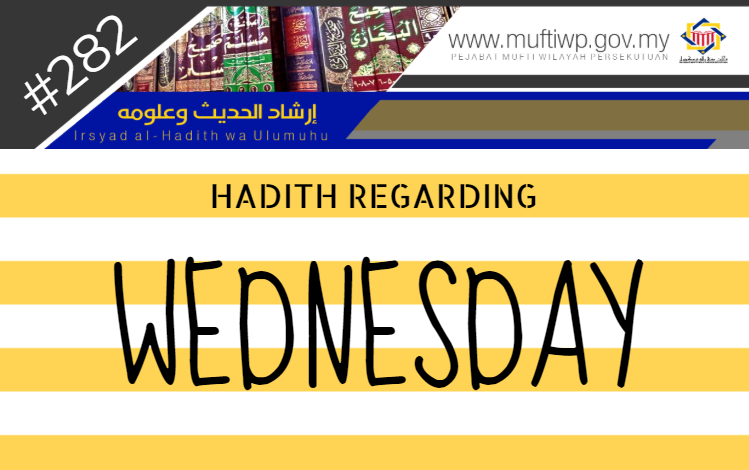 Is there any hadith regarding Wednesday?

“Time has come back to its original state which it had when Allah created the Heavens and the Earth; the year is twelve months,”

According to the above question, we include several narrations related to Wednesday, which mentioned that Wednesday is a day of disaster:

“Wednesday is the days of disasters.” Then, the companions asked: Why is that so, O Messenger of Allah? The Prophet PBUH answered: “(On that day) Allah SWT drowned the Pharaoh and his followers and destroyed the (people) of ‘Ad and Thamud.”

Furthermore, there is another narration which has a similar meaning where Wednesday is described as a day of disaster. The hadith is from Jabir bin Abdillah RA, the prophet PBUH said:

“Wednesday is a day of continuous disaster.” Narrated by al-Thabarani in al-Awsath (797)

After analysing the statements and opinions of the scholars regarding the above hadith, we are inclined to state that the hadith or narration is unauthentic (not sahih), even though there are other narrations that have similar meanings, all of them are criticized by scholars. The reason is, if we study an authentic hadith narrated by Imam Muslim, Allah SWT created light on Wednesday.

There are other incidents that was reported to have happened on a Wednesday such as Allah SWT drowned Qarun and his family together with his riches into the depths of the earth, the Pharaoh and his followers are drowned in Nile, and the destruction of the people of the Prophet Soleh AS and others are incidents that supposedly have happened on a Wednesday, but in truth, the exact date and day cannot be determined accurately nor could it be authenticated and maybe comes from Israiliyyat narrations.

To conclude, deciding that Wednesday is a day of calamity and bad luck contradicts one of the pillars of faith, which is to believe in the qada’ and qadar of Allah SWT. Everything that happens on a person is determined by Allah SWT and it can happen anytime, not necessarily on Wednesdays. Furthermore, Islam prohibit Muslims from believing in superstitions and bad luck. Lastly, may Allah SWT protect us and our faith from harmful matters. Amin.