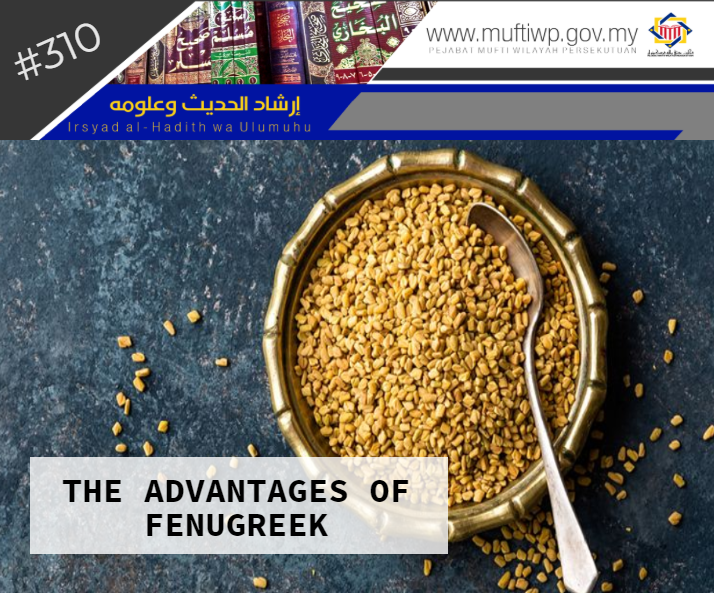 “If people only knew of the advantages of fenugreek, surely they would buy it even if it is the price of gold,”

Before we answer the above question, we would like to give a brief explanation about fenugreek. Fenugreek is a type of herb from the family of Fabaceae. It is grown around the world as a semi-barren crop where both leaves and seed are utilized as herb and spice respectively. Fenugreek is also used to cook curry. Fenugreek is known as “halba” which originates from the Arabic word (حِلْبَة). Its scientific name is Trigonella foenum-graecum.

The main exporter of fenugreek are India, Argentina, Egypt, France, Turkey, Morocco and China while India is the world’s largest exporter. The state of Rajesthan produce 80% of the total Indian export with other main states in India which includes Gujarat, Uttaranchal, Uttar Pradesh, Madhya Pradesh, Maharashtra, Haryana and Punjab. (See https://ms.wikipedia.org/wiki/Halba)

Coming back to the above question, the hadith narrated by Imam al-Thabarani in his book al-Mu’jam al-Kabir from Mu’az bin Jabal. Thus, here we include the opinions of scholars regarding the status of the above hadith:

After we have analyzed the opinions of scholars in determining the status of the hadith, thus we are inclined to state that the hadith is not sahih and we should never associate it to the Prophet PBUH nor should we convey it to others except to state it is fake. The reason is there are numerous hadiths which prohibit us from lying in the name of the Prophet PBUH and the punishment for those who did so is a place in hell. Among the hadiths which mention this is:

"Whoever (intentionally) ascribes to me what I have not said then (surely) let him occupy his seat in Hell-fire."

However, there is a citation from Imam al-Baihaqi when he explained about manaqib or excellence of Imam al-Syafie, where Imam al-Syafie once cited from Sufyan bin ‘Uyainah that there was a person who advised Sufyan bin ‘Uyainah to eat fenugreek with honey when he observed Sufyan is turning yellow (jaundice). This is stated by Imam al-Sakhawi in his book after he explained the status of the above hadith which mentions the benefit of fenugreek.

To conclude, the above hadith which mentions the benefit of fenugreek is not sahih. However, if scientists today prove that there are benefits of fenugreek then it is not a problem for us as the public (do not have the expertise in science) to believe it. This is in accordance with a statement of Allah SWT:

Lastly, may Allah SWT protect our tongues from conveying and spreading fake hadiths of the Prophet PBUH. Amin.