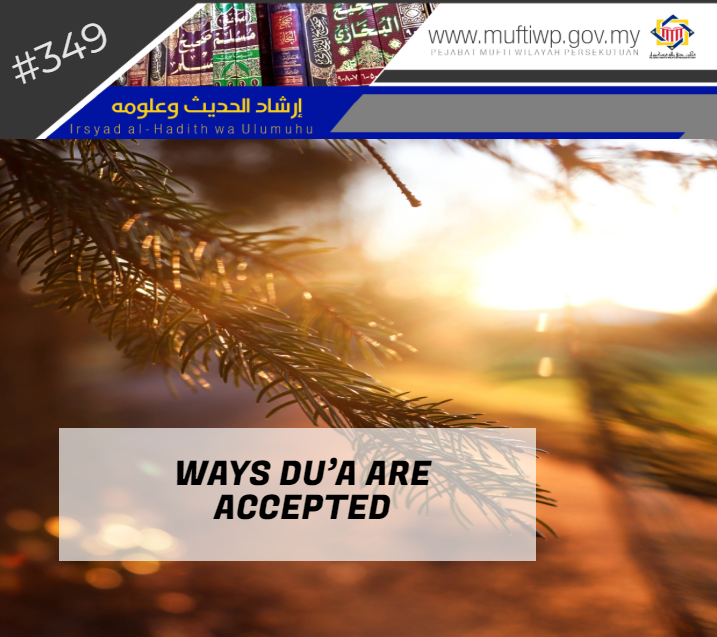 How would Allah SWT accept our du’a?

We as believers should always make du’a to Allah SWT because humans are attributed with weaknesses and in constant need of the Creator in each and every circumstance and time. Hence, there are many du’as which are taught by the Prophet PBUH to us to be recited in our everyday life. Allah SWT call us to always make du’a to Him through His saying:

Imam Ibn ‘Ashur in his comment stated that this verse is the evidence that Allah SWT command His servants to make du’a to Him pertaining his wishes and it is also the evidence of its sanctioning and this is not a khilaf among the Muslims. [See: Tafsir Ibn ‘Asyur, 183/24]

Based on the above question, many of us do not know the ways Allah SWT accepts the du’a of His servants and thought Allah SWT does not accept them. There is a hadith which states:

It is narrated by Abu Said al-Khudri RA that the Prophet PBUH said:

“There is no single Muslim who makes du’a that does not contain any sin and not in the purpose of cutting the silaturrahim, except Allah SWT will grant it by three ways: Allah will grant his du’a as fast as possible, Allah will keep it (make it as a reward) for him on the hereafter, and Allah will shield him from bad things.”

What can we understand from this hadith is there are three ways Allah SWT accepts the du’a of His servant which are:

In addition, in supplicating, there are some important things as mentioned in a hadith of the Prophet PBUH. Among them is, we should be certain that Allah SWT hears each the du’a made to Him. This is in accordance with a hadith:

It is narrated from Abu Hurairah RA that the Prophet PBUH said:

“Call upon Allah while being certain of being answered”

In conclusion, Allah SWT surely will answer each du’a made to Him, but in different ways. If we know this, then there should be no presumption that Allah SWT does not answer or listen to His servants’ du’a. In addition, du’a is not only made to ask for something, in fact, it is a form of ibadah and a sign for the servant to manifest his khudhu’ (obedience), tadhallul (humility) and iftiqar (neediness) to Allah SWT. Lastly, may Allah SWT make us be from among His servants whose du’a is accepted. Amin.