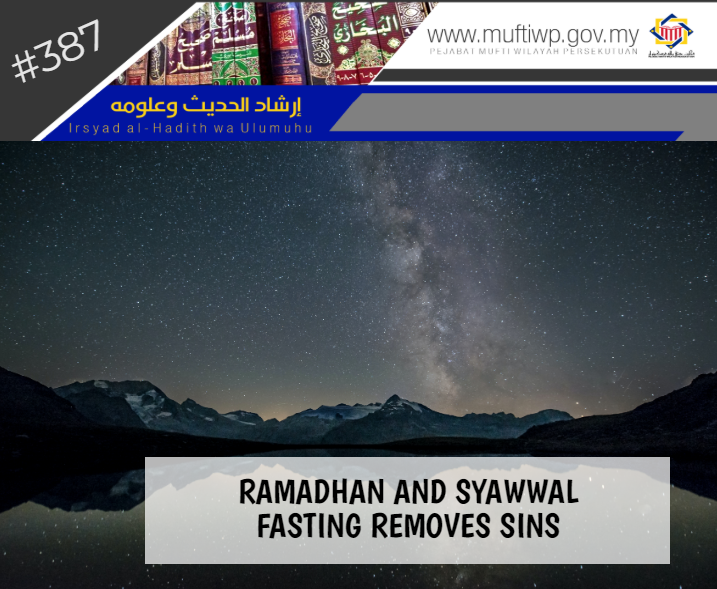 “Whoever fasts in Ramadhan followed by six days in Syawal, then all of his sins will be erased just like when he was just born by his mother.”

Among the encouraged sunnah after Ramadhan is the six days of sunnah fasting in the month of Syawal. This is clearly stated in a hadith where the great benefits are mentioned, of which the rewards are the same as a person who fasted for an entire year. This is in accordance with a hadith from Abu Ayub al-Ansari RA, where the Prophet PBUH said:

According to the above question, the hadith is narrated by Imam al-Thabarani in his book:

“Whoever fasts in Ramadhan followed by six days in Syawal, then all of his sins will be erased just like when he was just born by his mother.”

Here, we include the opinions of scholars regarding the status of this hadith. Among them is Imam al-Thabarani said that Maslamah bin Ali is a lone narrator of this hadith. (See al-Mu’jam al-Awsath, 8/275). Imam al-Haithami states that Maslamah bin Ali is a weak narrator. (See Majma’ al-Zawaid, 3/187). Furthermore, according to Imam al-Dhimyathi, the sanad (chain of narrators) is not authentic. (See al-Muttajir al-Rabih, 138). Syeikh al-Albani ruled this hadith from Ibn Umar is fake. (See Silsilah Ahadith al-Dhaifah, 11/309)

After analysing the opinions of scholars, we are inclined to state that the hadith as unauthentic. Hence, we are prohibited from claiming that it is from the Prophet PBUH, unless if also we also explain the real status of the hadith. The reason is, the prohibition of associating unauthentic hadith to the Prophet PBUH is a great sin.

As for the benefit of the removal of sins as if he is just born is stated in other authentic hadiths regarding the worship of hajj.

“Whoever performs the pilgrimage to this House, and does not Yarfuth (utter any obscenity or commit sin), will go back as (on the day) his mother bore him.”

As a conclusion, the hadith of Ibn Umar RA is unauthentic and we are prohibited to convey and spread it to others. Or even claiming it to be from the Prophet PBUH. The reason is, the punishment for those who lie on the name of the Prophet PBUH is he will end up in hellfire. Lastly, may Allah SWT protect our tongues from conveying and spreading unauthentic hadiths. Amin.