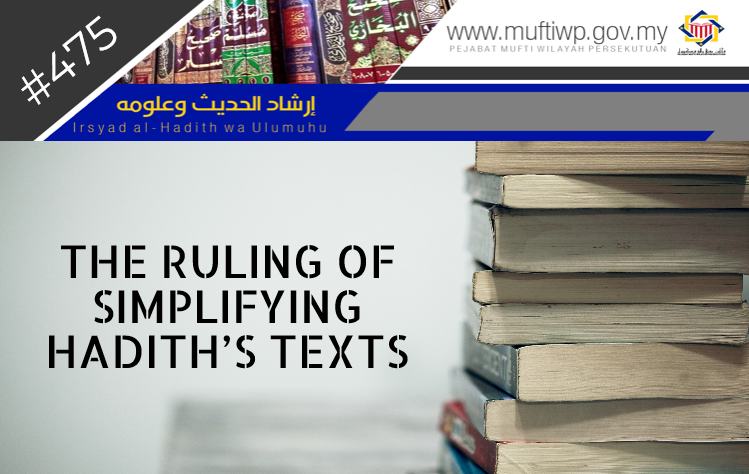 Is it permissible to simplify the texts of hadiths without reading the full matn (text of hadith)?

Coming back to the above question, the majority of scholars state the permissibility of simplifying the narration of hadith on one condition, which is it cannot alter or change the original meaning of the hadith. This is agreed by Dr Sharaf al-Qudhoh in his book al-Minhaj al-Hadith. (See al-Minhaj al-Hadith, 59)

Furthermore, among the examples in simplifying the text of hadith until it is no longer understood or changed the meaning of the hadith is if a person narrates the following hadith:

But he stops at the phrase “اَ يُؤْمِنُ أَحَدُكُمْ” which means “none of you will have faith” and he does not continue, then he has violated the condition set by scholars in simplifying the narration of hadith for the simplified hadith can no longer be understood.

“As for Imam al-Bukhari, he inclined towards the permissibility of simplifying hadiths if the parts omitted has no relations to what precede or followed it of which the relation would harm the meaning of the hadith.” (See Fath al-Bari, 1/84)

To conclude, simplification is permissible in narrating a hadith in the condition that it does not change the original meaning of the hadith and it can be understood. Hopefully, this brief explanation will be of benefit and increase our understanding in the knowledge of hadith. Amin.