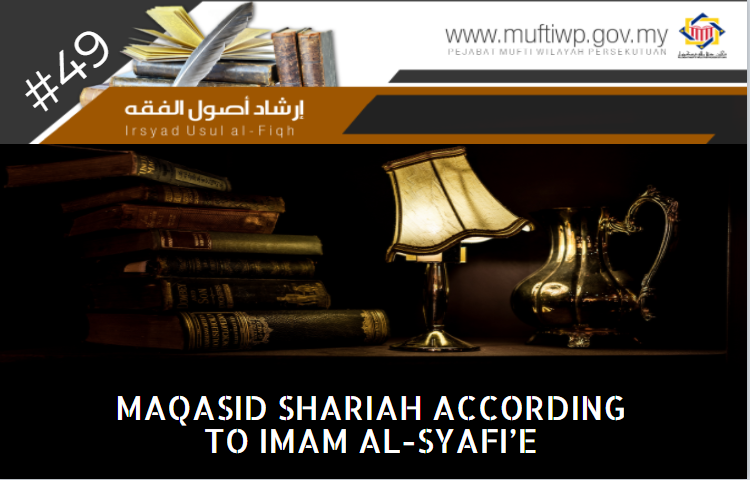 Biography and Background of Imam al-Syafie

Imam al-Syafie or his real name is Muhammad bin Idris bin al-Abbas bin Uthman bin Syafie bin Ubaid bin Abdu Yazid bin Hasyim bin al-Muttalib bin Abdi Manaf was born in the year of 150 H in a place called Gaza in the city of ‘Asqalan. His lineage converges with the Prophet PBUH, where both of their great grandfather is Abdu Manaf.

In Mecca, he studied with several renowned scholars, among them are Imam Khalid bin Muslim al-Zanji who was the Mufti of Mecca at the time, Fudhail bin ‘Iyadh and Sufyan bin ‘Uyainah.

Afterwards, he moved to Medina when he was 12 years old and have memorized the book al-Muwatto in just 9 days. This in turn made him eligible to study under Imam Malik bin Anas. He became the most knowledgeable student of Imam Malik and also studied under various other scholars in Medina. He was given the permission to issue his own fatwa when he was 15 years old.

Then, he moved again to Yemen and studied from Mutorrif bin Mazin, Hisyam bin Yusuf, ‘Amru bin Abi Salamah and Yahya bin Hassan, before residing in Iraq and studied under Waki’ bin Jarrah, Muhammad bin al-Hasan al-Syaibani, Hammad bin Usamah, Ayyub bin Suwaid al-Ramli and Ismail bin ‘Ulayyah. In Iraq, he wrote a book titled al-Hujjah of which is a collection of his opinions (qaul qadim).

Later, Imam al-Syafi’e moved to Egypt and changed numerous of his previous fatwas and founded a new madhhab which compiles qaul jadid written in his book al-Umm. He also wrote al-Risalah in the knowledge of Usul Fiqh at the same time being the founder of this field of knowledge.

He is recognized as mujaddid (pioneer) in Islam in the second century, among others for he joined two manhaj which are manhaj Ahlu Ra’yi founded by Imam Abu Hanifah and manhaj Ahlu al-Hadith practised by Imam Malik bin Anas. Imam al-Syafi’e passed away in 204 H in Cairo. May Allah SWT bless his soul. (Refer al-Taqrirat al-Sadidah fi al-Masa’il al-Mufidah pg. 31-32)

The Fame of Imam al-Syafie

The fame and great knowledge of Imam al-Syafi’e is something that is undeniable by anyone.

Imam al-Karabisi said: We are incapable to extract (istinbat) rulings from hadiths and we did not know the truth of the Quran, al-Sunnah and al-Ijma’ until Imam al-Syafi’e taught us about them.

Imam al-Syafi’e and the Knowledge of Maqasid Shariah

For a brief explanation regarding Maqasid Shariah, please refer to our article titled, Irsyad Usul al-Fiqh Series 33: Introduction to the Knowledge of Maqasid Shariah. [1]

Among the scholars credited to be the people responsible for the idea of the concept of Maqasid Shariah are Imam al-Haramain al-Juwaini, Imam al-Ghazali and Imam Abu Ishaq al-Syatibi. Imam al-Syafi’e is rarely mentioned as the scholar of this knowledge.

Among others, he cited the words of his teacher Syeikh Farid al-Ansari [3]: “The knowledge of Maqasid Shariah has been written by two scholars, Imam al-Syafi’e and Imam al-Syatibi.”

Furthermore, prominent scholars of Maqasid such as Imam al-Haramain al-Juwaini, Imam al-Ghazali and Imam al-‘Izz bin Abdissalam are all Syafieyyah scholars, surely, their imam which is Imam al-Syafi’e had discussed regarding Maqasid with them.

Furthermore, Imam al-Syatibi himself in his book al-Muwafaqat has referred to the book written by Imam al-Syafi’e, al-Risalah numerous times. This clearly shows that Imam al-Syafi’e is the first person who founded Maqasid as a manhaj and set the parameters in understanding Maqasid Shariah. (Refer Maqasid al-Syariah ‘inda al-Imam al-Syafi’e pg. 20-21 and pg. 41)

The purpose of prayer – Imam al-Juwaini cited the words of Imam al-Syafi’e: Ma’na which is commanded from prayer is to develop khusyu’ and humbleness, surrendering oneself to Allah SWT, renewing one’s heart with good advice, wisdom, contemplation on the verses of the Quran and supplication to Allah SWT. Thus, he strictly prohibits praying hastily for it contradicts the basis of prayer itself. (Refer Mughith al-Khalq pg. 78-79 and Maqasid al-Syariah ‘inda al-Imam al-Syafi’e pg. 91-92)

Objective of fasting – The first objective of fasting according to Imam al-Syafi’e is as a test and evaluation of our obedience towards Allah SWT, while the second objective is so that people will learn to bear their hunger and resist their desires. (Refer Mughith al-Khalq pg. 88)

The obligation of zakat – Imam al-Juwaini cited the words of Imam al-Syafi’e regarding zakat: “One should hasten to pay the zakat and the obligation is abrogated with death. If we say that it is wajib to hasten to pay zakat (tarakhiy) and the obligation of the payer is abrogated when he dies, then this contradicts the wisdom and objective of syarak (maqasid) from the sanctioning of zakat itself.” (Refer Mughith al-Khalq pg. 60-61 and Maqasid al-Syariah ‘inda al-Imam al-Syafi’e pg. 43)

The prohibition of intoxicants as maqasid hifz al-aql – It is haram for a person to drink alcoholic beverages even if it is for medicinal purposes for it results in the loss of one’s rationality and consciousness of mind and prevent a person from performing his obligations and lead to other haram matters. (Refer Al-Umm 2/253)

To conclude, according to the research of Dr Ahmad Wifaq, Imam al-Syafi’e is the first scholar who places the strong basis for the knowledge of Maqasid Shariah and the conclusion of his research is as the following:

[2] He is a graduate Bachelor of Islamic Studies University Ibn Tufail, Morocco, Masters and PhD of Philosophy graduate from the University Moulay Ismail, Morocco in fatwa and Maqasid Shariah respectively. He is one of the fatwa committee of the Federeal Territory Shariah Law Advisory Committee.