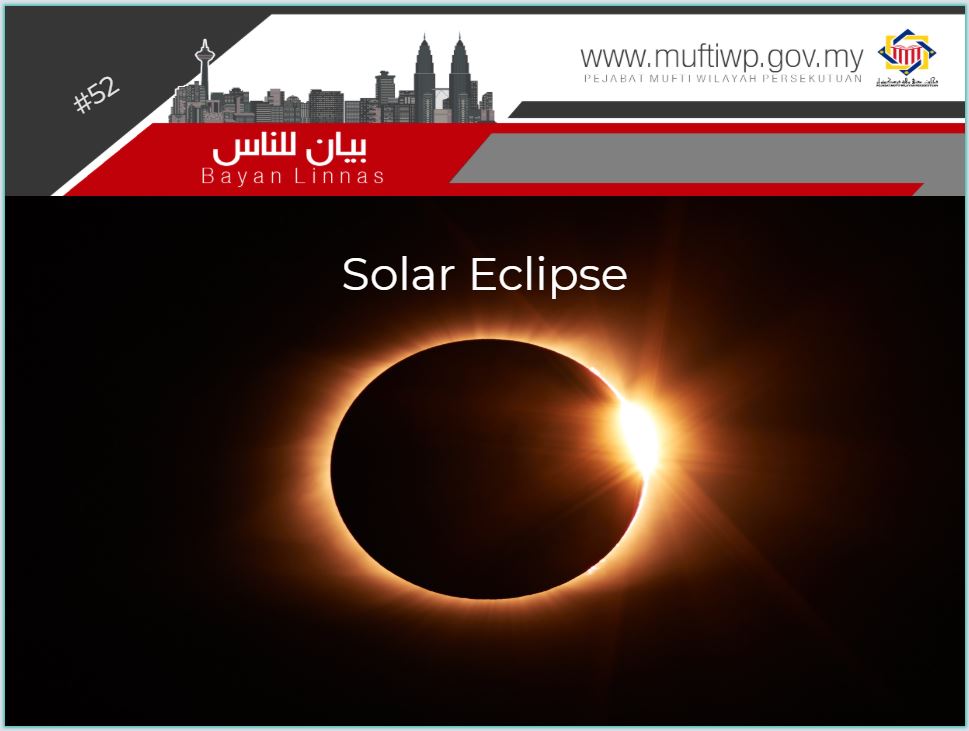 Solar eclipse or the eclipse of the sun is the phenomenon when the moon moves between the sun and the earth, blocking the sun’s rays and casting a shadow on parts of the earth. This happens due to the Earth’s rotation around its axis while it orbits the sun and the moon orbits the earth. This phenomenon does not happen often, for the sun, the moon and earth must be aligned in a perfect or near perfect straight line (or also known as syzygy).

Nearly two years after the Great American Solar Eclipse of 2017, the world will once again have a chance to experience totality (total solar eclipse), when the moon completely blocks the sun, turning day into night as its 125-mile-wide (200 kilometres) shadow moves across the surface of the Earth.

This total solar eclipse will have a longer duration than last year's total solar eclipse, with totality lasting up to 4 minutes and 33 seconds. However, this maximum duration may be visible only to observers on a few boats and airplanes, because it will be happening over the Pacific Ocean.

The third and final solar eclipse of the year will be a "ring of fire" eclipse or annular eclipse on Dec. 26, and it will be visible from Saudi Arabia, Qatar, India, Sumatra, Borneo, Guam and the Philippines. In other parts of Asia, Australia and Africa a partial eclipse will be visible.

Solar Eclipse During the Time of the Prophet PBUH

Al-Imam Muslim recorded the incident of solar eclipse that happen during the time of the Prophet PBUH through the hadith by Abu Musa RA, where he said:

“The sun eclipsed during the time of the Messenger of Allah (ﷺ). He stood in great anxiety fearing that it might be the Doomsday, till he came to the mosque. He stood up to pray with prolonged qiyam, ruku', and prostration which I never saw him doing in prayer; and then he said: These are the signs which Allah sends, not on account of the death of anyone or life of any one, but Allah sends them to frighten thereby His servants. So, when you see any such thing, hasten to remember Him, supplicate Him and beg pardon from Him,”

Al-Imam al-Nawawi Rahimahullah comments on the above hadith stating that solar eclipse is not one of the signs of the doomsday, for it is not included as the signs of doomsday in other hadiths such as the rise of the sun from the west, and the rise of al-Dabbah and dajjal.

However, the Prophet PBUH stood up quickly in fear and perform a prayer where the recitation and ruku’ is prolonged, for the Prophet PBUH feared that it is a form of punishment from Allah SWT, just like in another incident where there is a turbulence of wind happening, it was clear from the Prophet PBUH’s face that he dislikes it. (Refer al-Minhaj Syarh Sahih Muslim, 6/215-216)

In Arabic, solar eclipse is termed as al-Kusuuf while lunar eclipse is known as al-Khusuuf. It is named al-Kusuuf because of the obstruction of some or all part of the sun by the moon. (Refer al-Mu’jam al-Wasit, pg.234)

Sunnah prayer during eclipse was first sanctioned in Islam on the second year of Hijrah, where it so happens that the Prophet PBUH’s son Abraham passed away.

During the time of Jahiliyyah, solar or lunar eclipses are believed to have a relation with the death of someone great. This is also believed to be the case when the Prophet PBUH’s son died, they relate Abraham’s death is due to the eclipse.

The sanctioning of sunnah prayer for eclipse is in accordance with Allah SWT’s statement:

The prohibition to prostrate to the sun and moon in the above verse, and the commandment to prostrate to Allah SWT as the Creator is explained clearly in the hadith stated earlier, which details the eclipse phenomenon.

The ruling for the sunnah eclipse prayer is sunnah mu’akkad (encouraged sunnah) for man, woman and travellers. It can be performed alone or in congregation, in accordance with the sunnah of the Prophet PBUH. (Refer al-Mu’tamad fi al-Fiqh al-Syafi’e, 1/568)

However, it is not a sunnah to call out the adhan to summon the public to perform the sunnah eclipse prayer. It is enough to call out الصَّلاَةُ الجَامِعَة  (al-Solah al-Jami’ah). This is in accordance with a hadith from Abdullah bin ‘Amru R.Anhuma:

"The sun was eclipsed during the time of the Messenger of Allah (ﷺ), so he issued orders that the call be given: 'As-salatu jam'iah.”

Sunnah eclipse prayer consists of two rakaat, starting with intention (in the heart), takbirah al-Ihram, then the recitation of al-Istiftah and ta’awwudz. Each rakaat consists of two qiyam, two recitations, two ruku’ and two sujud.

The duration for sunnah solar eclipse prayer starts when the eclipse starts and continues until the sun is no longer covered by the moon. If the sun is fully revealed again, then the time for the prayer ends and it is unnecessary to be replaced (qadha’), if one has not had the time to perform the sunnah eclipse prayer. This is explained in a hadith from Jabir bin Abdullah RA:

“So, when an eclipse happens, pray until it is over.”

“Allah's Messenger (ﷺ) offered the eclipse prayer and stood for a long period equal to the period in which one could recite Surah al-Baqarah,”

It can be concluded that Ibn ‘Abbas R.Anhuma did not hear what surah did the Prophet PBUH recites from the above hadith, for if he did, he would not assume it was al-Baqarah, surely he would just state it as so. Another hadith from Sumrah bin Jundub RA states:

“We went to the masjid and we saw the Messenger of Allah (ﷺ) coming out to the people. He went forward and prayed (sunnah eclipse prayer). He stood for the longest time that he had ever stood in any prayer in which he led us, but we did not hear him saying anything.”

Alhamdulillah in 2019, we are expected to experience three solar eclipses around the world. In Malaysia, a partial solar eclipse is in the forecast to take place on 26th December 2019. Thus, let us remind ourselves to perform the sunnah prayer for solar eclipse as commanded by the Prophet PBUH and also perform the following sunnah during the eclipse:

The reason is, when something that showcased the greatness of Allah SWT happens, we should turn to Allah SWT by remembering Him, istighfar, make doa, repent, recite zikir and do good deeds and return to our fitrah (natural state), consummating Allah SWT’s ‘ubudiyyah in our belief.

At the same time, we should also remind ourselves to remove any superstitious beliefs regarding solar eclipse phenomenon. It has nothing to do with someone’s birth or death, for everything that happens is according to Allah SWT’s will and iradah.

Subsequently, have patience in facing any disasters that befall us and accepts everything calmly and willingly. May Allah SWT bless us with guidance in our everyday lives.

Lastly, take the opportunity to perform the sunnah eclipse prayer when the eclipse occurs later in the year. InsyaAllah we pray that Allah SWT will always bless us. Amin.