IRSYAD AL-HADITH SERIES 382: THE MEANING OF THE HADITH RELATED TO TAKHBIB 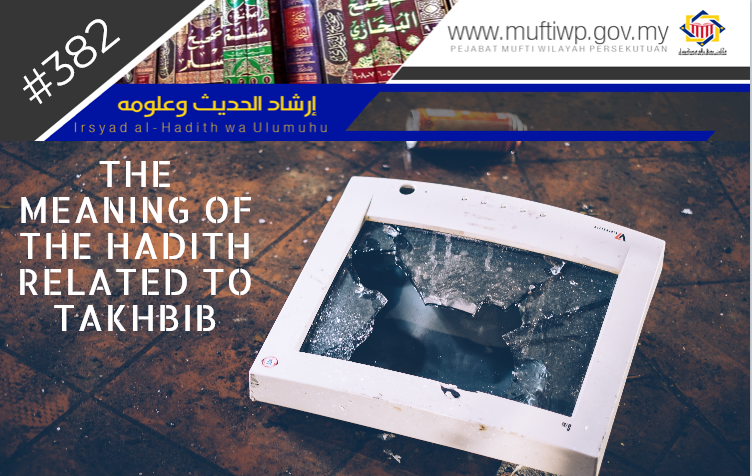 What does the following hadith mean?

“The swindler, the stingy person, and the Mannan shall not enter Paradise.”

Before we answer the above question regarding takhbib, we would like to state that we have actually answered it in our previous article titled al-Kafi series 519. Here, we include some of our published previous article regarding the meaning of takhbib:

The word takhbib lexically and terminology means a man who ruins slaves or wives of others, while the meaning of al-khabb is damages, corruption and deception. (See Mausu`ah al-Fiqhiyyah al-Kuwaitiyyah 11/18)

As for the status of this hadith, scholars have differing opinions about it. Some scholars ruled it as dhaif such as Imam al-Zahabi in al-Kabair, Syeikh Ahmad Syakir and Syeikh Syu’aib al-Arna’outh stated that the sanad of this hadith is dhaif when he tahqiq Musnad Imam Ahmad. Whereas other scholars evaluated it as sahih such as Imam al-Tirmizi who stated the hadith is hasan gharib.

Imam Abu al-Ala al-Mubarakfuri when commenting on this hadith said the meaning of ‘shall not enter paradise’ means his entrance to paradise is delayed. Khibbun or khabbun means a swindler who destroys the relationships between people with his deceptions. (See Tuhfah al-Ahwazi, 6/83-84)

Furthermore, Abu Thib Abadi said in his commentary of takhbib, takhbib can happen to both men and women. (See ‘Aun al-Ma’bud, 14/52)

As for the rulings related to takhbib, scholars are of the opinion that the act of takhbib is haram. In their opinion, a person who destroys the relationship between a husband and wife with treachery deceiving the wife to ask for a divorce from her husband is considered to have committed a grave sin. This also includes the act of making it seems as though a divorce is a good thing so that he can marry the woman or making it possible for another man to marry the woman. (See Mausu`ah al-Fiqhiyyah al-Kuwaitiyyah 5/291, 11/19)

To conclude, the act of takhbib is haram, regardless of whether the act is done by a man or woman with the intention of destroying a marriage of a person. Thus, we are commanded to avoid from committing this haram action. Lastly, may Allah SWT grant us all mahabbah, mawaddah and rahmah in our marriages. Amin.