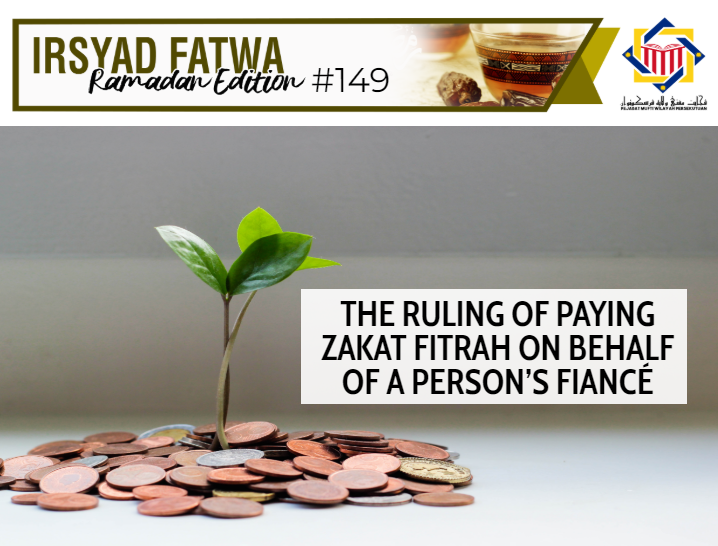 Assalamualaikum. I would like to ask on zakat fitrah. Is it permissible for me to pay zakat fitrah on behalf of my fiancé? Thank you.

Zakat fitrah has its own set rate and it is wajib to be paid when the sun sets on the last day of Ramadhan, following the set conditions, for each mukallaf and those who are under one’s nafaqah (sustenance/maintenance). (See: al-Muktamad fi alfiqh al-Syafi’e, 95)

The majority of the jurists agreed that it is wajib for each Muslim individual to pay zakat fitrah if he is alive in the month of Ramadhan as mentioned in a hadith narrated by Ibn Umar where the Prophet PBUH said:

Ibn Umar said that Allah's Messenger (may peace be upon him) prescribed the payment of Zakat-ul-Fitr (on breaking the fast) of Ramadan for people, for every freeman, or slave, male and female among the Muslims-one sa' of dried dates, or one sa' of barley.

The obligatory conditions to pay zakat fitrah are:

Zakat fitrah is obligated upon the bearer and those who are wajib for him to provide nafaqah (his dependents). This includes his wife, usul and furu’ (lineage) from men and women with the condition that they are among the needy and poor. (See: al-Mausu’ah al-Fiqhiyah al-kuwaitiyah, 23/339).

Based on the above question, it is permissible to pay zakat fitrah on behalf of one’s fiancé or others who are not under his care by getting their permission first.

However, it is best for one to pay zakat fitrah for himself first and all under his care from among his usul and furu’ who are not well-off. This is what is commanded in a hadith narrated by Abu Hurairah RA where the Prophet PBUH said:

"The best charity is that which is practised by a wealthy person. And start giving first to your dependents."