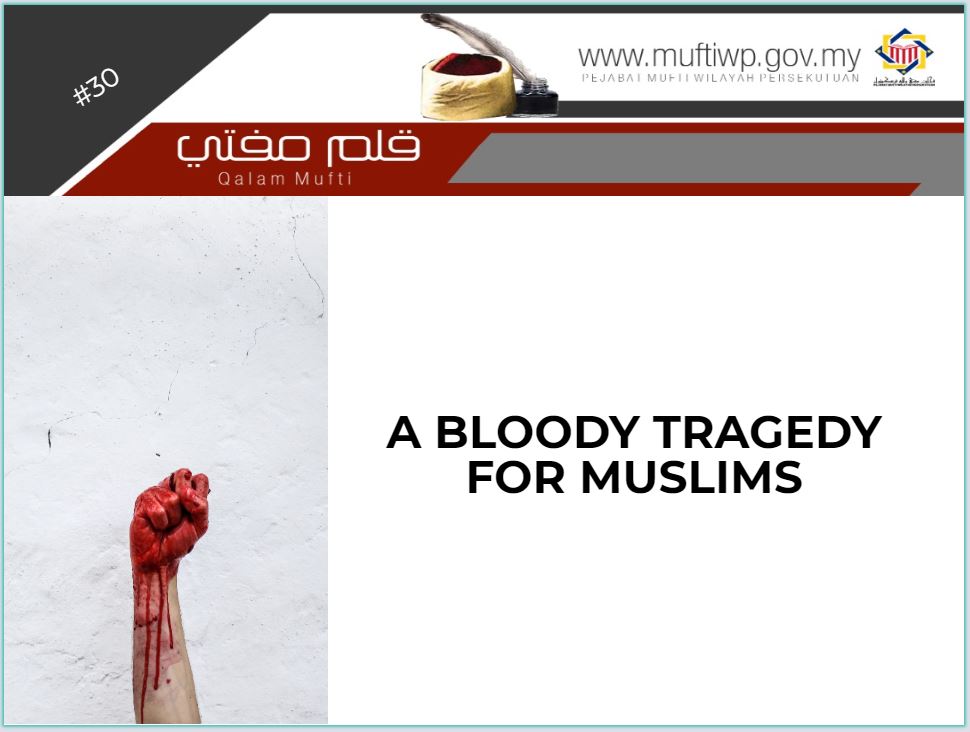 We would like to start with the statement of Allah SWT:

“And they resented them not except because they believed in Allah, the Exalted in Might, the Praiseworthy,”

Up to the writing of this article, we have received news that there are approximately 49 people killed in the bloody attack of al-Noor Mosque, Christchurch, New Zealand, while numerous others are injured. This is a really unfortunate incident for all of us.

This is a tragic incident and for us, it is something that should not have happened. Hence, we pray and hope that the people that were in the mosque during the incident are blessed as martyrs and are rewarded for their actions of going to the mosque, enlivening and maintaining it, being inside the mosque and preparing themselves to perform the Friday prayer. However, no one knew that death was waiting for them.

We support the firm statement made by Syeikh al-Azhar and other scholars saying:

Al-Azhar al-Syarif firmly asserted that this is a terrorist attack that have desecrated Allah SWT’s house of worship, spilling the blood of innocents.

It is obligated for us to sound the alarm and stop our easy going and subdued attitude towards other flow of thoughts, fanatical groups and evil deeds such as this. Furthermore, it is necessary for us to strengthen our bonds and increase our tolerance and positive relationship among ourselves, regardless of race and religion.

It is as though the perpetrators are trying to fuel the series of oppression that have been happening towards the Muslims. Muslims as a whole are saddened by this heinous act done by the few irresponsible people. May Allah SWT punish them for their actions.

We are upset and heartbroken for what has happened. I believe that the victims of this incidents are included as the people mentioned in the following verse:

“The mosques of Allah are only to be maintained by those who believe in Allah and the Last Day and establish prayer and give zakah and do not fear except Allah, for it is expected that those will be of the [rightly] guided.”

They returned to Allah SWT while they are in the state of wudhu’ (ablution), in Allah SWT’s house of worship, on the blessed day of Friday – all of which are considered as goodness upon goodness, a death of husn al-khatimah (blessed death). We hope that all of them are rewarded by Allah SWT and are placed among the ones that have been promised goodness, as stated by Allah SWT:

“And whoever obeys Allah and the Messenger - those will be with the ones upon whom Allah has bestowed favour of the prophets, the steadfast affirmers of truth, the martyrs and the righteous. And excellent are those as companions.”

Let us all pray that the fires of fitnah such as this are extinguished. Muslims should hold onto their religion and faith firmly, reflecting on themselves and always pray for Allah SWT’s forgiveness and protection. InshaAllah, peace and happiness in our ummah would be born if all of us stand united together.

“And the disbelievers planned, but Allah planned. And Allah is the best of planners.”

“And never think that Allah is unaware of what the wrongdoers do. He only delays them for a Day when eyes will stare [in horror].”

May these dark times leave and only happiness awaits us. Amin.