AL-AFKAR #47: THE RULING OF SCULPTURE AS ORNAMENTS 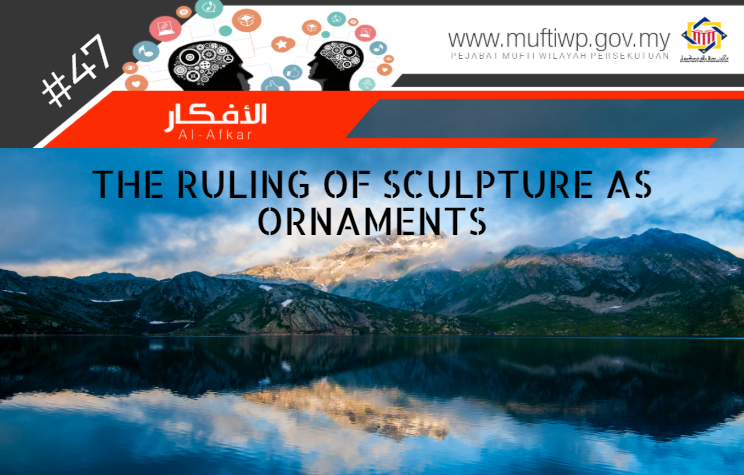 Assalamualaikum SS Dato’ Seri Mufti. What is the ruling of placing sculptures or statues as ornaments in one’s car or house?

In a hadith narrated by Abi Talhah RA, the Prophet PBUH said:

"Angels (of Mercy) do not enter a house wherein there is a dog or a picture of a living creature (a human being or an animal).

Imam al-Nawawi said: According to scholars, among the reasons that prevented angels from entering one’s house is the presence of pictures (of animate objects). The reason is, the act of placing these types of pictures is a great transgression for it resembles the creation of Allah SWT while some placed them to be worshipped.

Thus, angels will not enter the house, of which it only means the angel of mercy who ask for forgiveness and blessings for the occupants of the house. As for Hafazah angels, they will enter all houses in any situation, for they are commanded to record all the actions of humans. (See Syarh al-Nawawi ‘ala Muslim, 7/207)

Al-Mubarakfuri said: The phrase “لَا تَدْخُلُ الْمَلَائِكَةُ” means the angel of mercy and not hafazah angel (who are always with humans recording their deeds) and also not the angel of death. The word “بَيْتًا” place of residence. While the meaning of “صُورَةُ تَمَاثِيلَ” is images (in the shape of) humans and animals. (See Tuhfah al-Ahwazi, 8/88)

In another narration from Abi al-Hayyaj al-Asadi, Ali bin Abi Talib RA said to him: Do you want me to advise you as the Prophet PBUH advised me? Then, he said:

“(Do not leave) a picture without obliterating it.”

Imam al-Nawawi said: The above hadith states the commandment of changing the form of sculpture of animal or living creatures. (See Syarh al-Nawawi ‘ala Sahih Muslim, 7/36)

In a hadith narrated by Aisyah R.Anha, she said:

“I used to play with the dolls in the presence of the Prophet, and my girlfriends also used to play with me. When Allah's Messenger (ﷺ) used to enter (my dwelling place) they used to hide themselves, but the Prophet would call them to join and play with me. (The playing with the dolls and similar images is forbidden, but it was allowed for `Aisha at that time, as she was a little girl, not yet reached the age of puberty.)”

Al-Hafiz Ibn Hajar al-Asqalani said: “Scholars used the above hadith as evidence that it is permissible for girls to play with dolls. The hadith is the exception to the general prohibition of creating something resembling the creations of Allah SWT. The permissibility is emphasized by al-Qadi ‘Iyadh where he said that this is the opinion of the majority of scholars.” (See Fath al-Bari, 10/527)

In the above issue, when house is mentioned – its meaning is a place where we use – then it also includes car and others.

However, the meaning of sculpture or image should be taken into consideration, is it an honoured idol, a huge idol that is worshipped? If this is so, then it is clearly prohibited.

As for toys for children – which is neither honoured nor worshipped, for children would play, throw or disassemble it, then it is considered to be just a toy, then it is permissible on the condition that it is not big and is treated just as a toy.

However, we advise to avoid this to prevent feelings that could lead to honouring or worshipping these objects. If possible, we should avoid doubtful matters and leave matters of khilaf (scholars have differing opinions regarding it), for it is included as what is stated below:

May all of us be able to educate our family and children to really understand our religion. Amin.