AL-AFKAR #102: THE DEFINITION OF QARIN 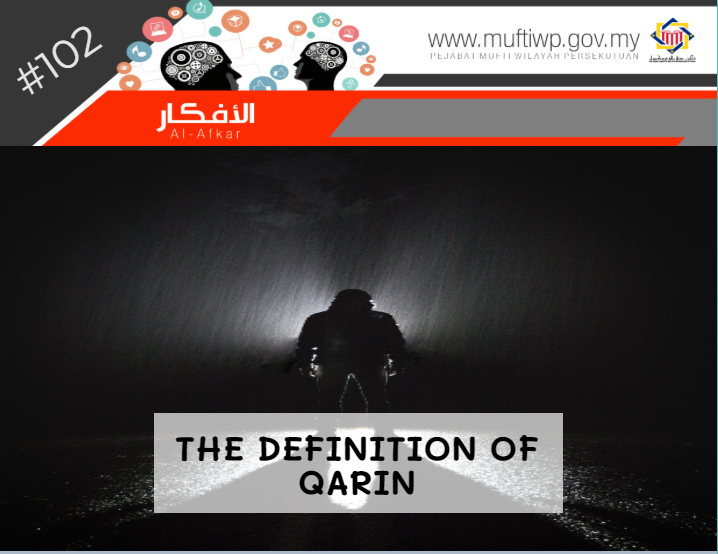 Assalamualaikum SS Datuk Mufti. I have a question regarding Qarin. What is Qarin? If we are Muslims, does this mean our Qarin is also a Muslim? That’s all. Thank you.

It is obligatory for believers to believe in the existence of qarin. This is in accordance with a hadith:

“And whoever is blinded from remembrance of the Most Merciful - We appoint for him a devil, and he is to him a companion.”

“And We appointed for them companions who made attractive to them what was before them and what was behind them [of sin],”

And his companion, [the angel], will say, "This [record] is what is with me, prepared." [ Allah will say], "Throw into Hell every obstinate disbeliever, Preventer of good, aggressor, and doubter, Who made [as equal] with Allah another deity; then throw him into the severe punishment." His [devil] companion will say, "Our Lord, I did not make him transgress, but he [himself] was in extreme error."

“There is none amongst you with whom is not an attache from amongst the jinn (devil). They (the Companions) said: Allah's Messenger, with you too? Thereupon he said: Yes, but Allah helps me against him and so I am safe from his hand and he does not command me but for good.”

The Opinion of Scholars

According to Ibn Taimiyyah, “Every human has a qarin from among the angel and jinn. He cannot see it and it is not visible around him.” (See al-Jawab al-Sahih, 4/288)

According to the above evidences and discussion, it is understood that every human has his own qarin of each an angel and shaytan. Angel qarin encourages people to do good and shaytan qarin lead people towards sins and transgression. The only exception is the qarin of the Prophet PBUH which does not encourage him towards evil but only towards goodness.