AL-KAFI #10: THE AWRAH OF NURSES ON DUTY 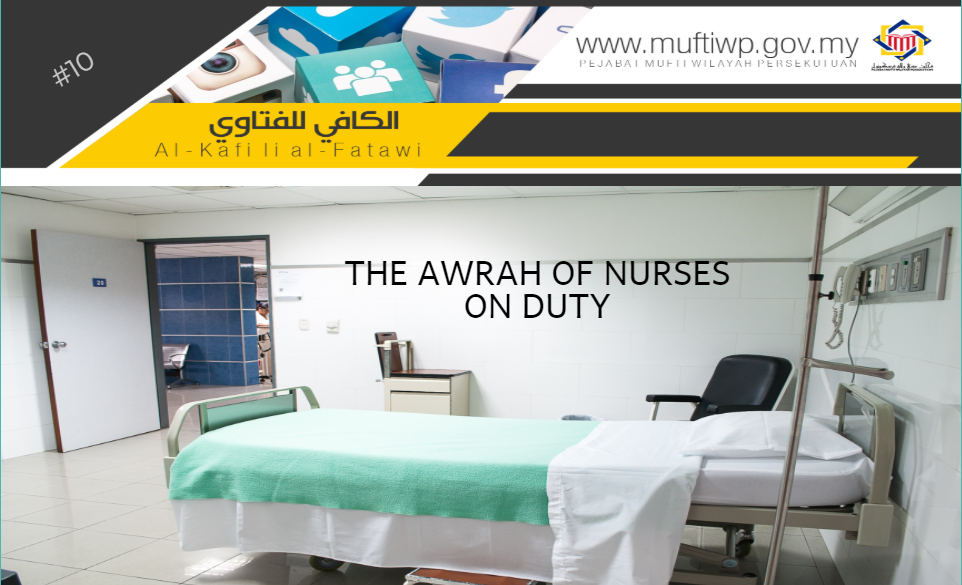 Assalamualaikum ustaz. I have a question. I see most of the nurses in hospitals will fold their sleeves to their elbows to avoid it be in contact with the patients which may cause infection. Is this a dharurat situation for them to the extent they are permitted to show their skin and arm, or are there any alternative like wearing hand socks? Syukran ustaz.

This issue has been an ikhtilaf (difference of opinions) among the scholars; the question is whether women’s arm is considered as awrah or instead, is it permitted to be exposed during work such as in the situation stated in the question asked above. There are some who permit it taking dharurat as the dalil, but it should be done only in that particular situation and not in any other time.

I quote here some scholars’ opinions on the issue of hand and face in the issue of awrah. Ibn Hazm in his book Maratib al-Ijma’ said: “The scholars have decided that hair of a woman who is not a slave and her whole body except for her face and both hands is awrah. They differ however in regards to the face and both hands including nails, whether they are awrah or not.”. Ibn Hajar al-Haithami views that it is Sunnah for a woman to cover her face, and not obligatory (wajib) to do so except if it is feared that it could lead to fitnah.

To conclude, I suggest wearing some cloth like hand socks as mentioned in the question. This is so that one could avoid the khilaf.