AL-KAFI #662: THE RULING OF RECITING AL-FATIHAH ONLY IN ONE’S HEART 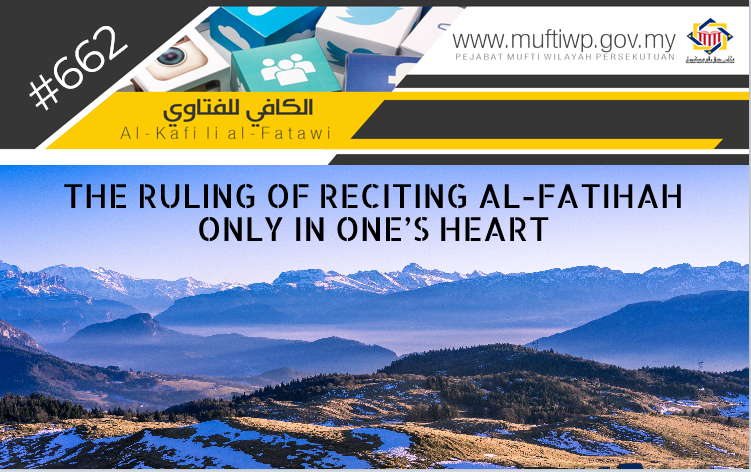 For the recitation of al-Fatihah in prayer, is it permissible if it is done only in one’s heart or with just sounds?

“It is invalid for a man who performs the takbiratul ihram for prayer in his heart and it is invalid for him to recite (al-fatihah) using his heart unless he moves his tongue.” Refer Mukhtasar al Buwaithi (pg. 244).

This opinion of Imam al-Syafi’e is strengthen by a hadith narrated from Khabbab RA, where he was asked:

‘How did you recognize that the Messenger of Allah (ﷺ) was reciting in the Zuhr and the ‘Asr?’ He said: ‘From the movement of his beard.’

Here, we would like to state that the prayer of a person who recited the Fatihah only his heart is invalid. Thus, the Fatihah must be recited clearly using our tongues until it reaches our hearing but not until it disturbs other makmum beside us. May Allah SWT give us a clear understanding in practising the religion. Amin.