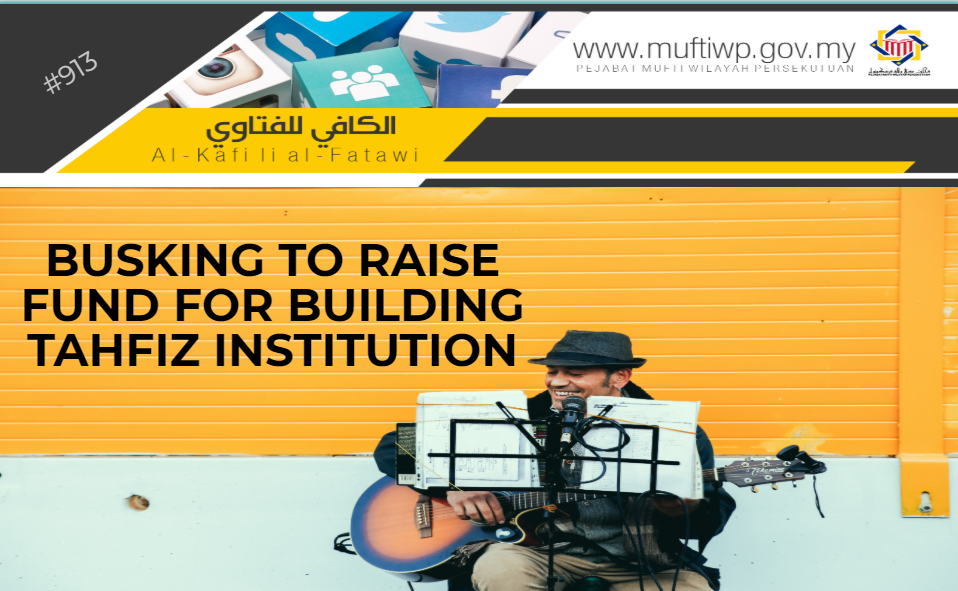 Based on the above issue, donation is a praised act in our religion. Allah SWT ask His servants to help each other towards goodness. This is clearly stated in the Quran:

Answering the above question, busking is a street performance or show done by a group of buskers. The ruling for busking is the same as the ruling for music. According to Syeikh Prof. Dr Yusuf al-Qaradhawi: “Islam permits singing as long as there is no element of ma’siah, foul words, obscene lyrics and elements which drive people away of the guided path. It is permissible if there is no usage of musical instruments which increase someone’s sexual desires.” (Refer: Halal dan Haram di dalam Islam, page 564-566)

The same is stated in the decision made by the Fatwa Committee of National Council for Islamic Religious Affairs Malaysia’s 2nd Muzakarah held on 12th – 13th May 1981 which states the following:

Here, we would like to give some suggestions and advice to be considered to improve the money division:

Second: If you intend to do division of money according to what is stated before, then the purpose of the funding should be announced in detail. This means, it is best to not announce that the funding is specifically for the tahfiz institution. This is to prevent uneasiness in the heart of the donors when they discover that the funding does not go to where they expect it to.

Pertaining this issue, we are of the opinion that the ruling for raising fund by busking is permissible as long as the activity does not contradict the syarak. It is indeed still under the main purpose of the funding which is to build a tahfiz institution. It also coincides with an Islamic legal maxim:

“Matters are determined by intention”

Therefore, we suggest that those involved in this funding to reanalyze the percentage of the money division, so that it will be in congruent with the main purpose of the funding.

May this explanation give us the correct understanding in leading a guided life according to syarak. Ameen.