AL-KAFI #1013: THE RULING OF AQIQAH OF TWO GOATS SEPARATELY 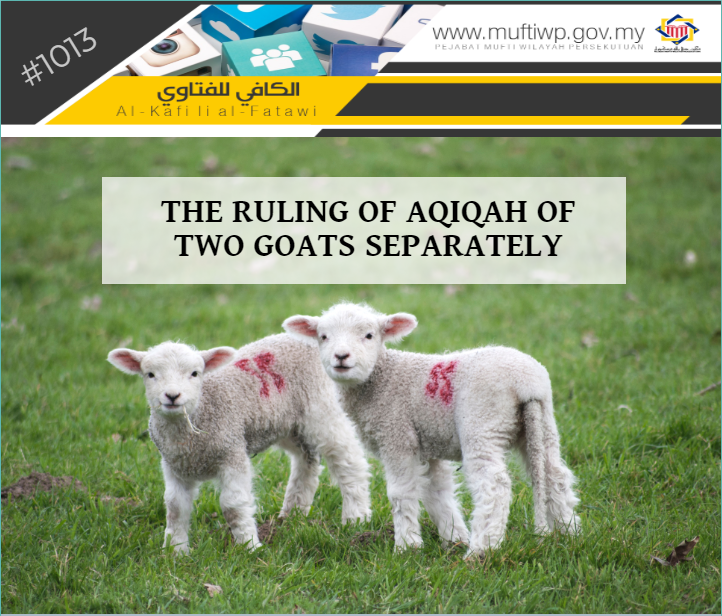 Is it permissible to perform aqiqah for a baby boy, which is 2 goats but it is performed in separate times? As an example, 1 goat for aqiqah is slaughtered in January while the other goat is slaughtered in August. Is it considered as aqiqah?

The sunnah is to slaughter 2 goats for a son together not separately and this is the prioritized way. Samurah RA narrated that the Prophet PBUH said:

“Every boy is mortgaged by his ‘Aqiqah, so slaughter for him on the seventh day, and shave his head, and name him.”

In a hadith from Ummu Kurz al-Ka’biyyah, he said he heard from the Prophet PBUH:

“Two resembling sheep are to be sacrificed for a boy and one for a girl.”

When commenting on the above hadith, Imam Ibn Hajar al-‘Asqalani state that the two goats to be sacrificed should be done together and not separately where one of it is delayed. (Refer Fath al-Bari Syarh Sahih al-Bukhari, 9/592)

If one is incapable to do it, then it is permissible according to a hadith of the Prophet PBUH:

The same is stated in a famous Islamic legal maxim:

“When something is narrow, then widen it,”

To conclude, the original ruling of animal slaughter for aqiqah for a boy is two goats in one event. However, if one is incapable or there are matters that restrict it, then it is permissible to perform at another time, although it is less prioritized.

This is also the fatwa issued by several scholars such as Syeikh Muhammad al-Mukhtar al-Syinqithi and Syeikh Ibn Baz.