AL-KAFI #1089: JANAZAH PRAYER IN ABSENTIA WHEN THE DECEASED IS IN THE SAME STATE 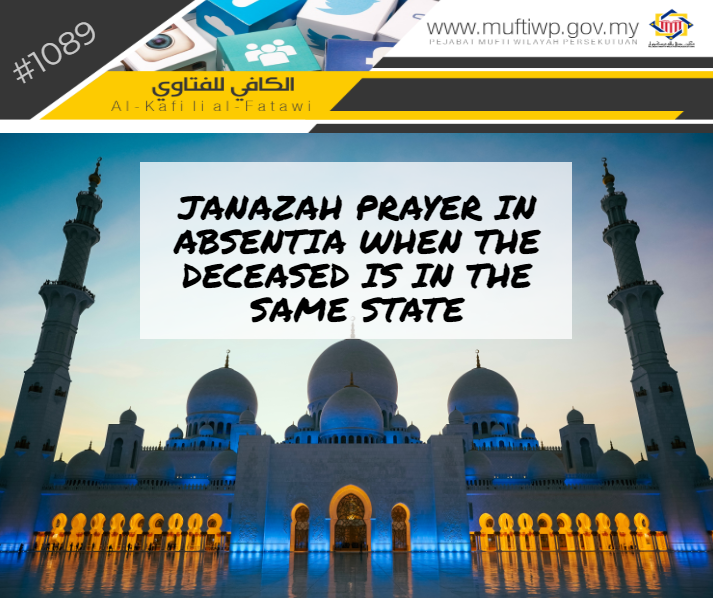 Is it true that it is only permissible to perform the janazah prayer in absentia when the deceased is overseas?

The evidence regarding the sanctioning of janazah prayer in absentia is according to a hadith from Abu Hurairah RA:

Messenger of Allah, may Allah bless him and grant him peace, announced the death of an Najashi to everyone on the day that he died, and went out with them to the place of prayer, and then formed them into rows and said "Allah is greater" four times.

We will cite the opinion of Syeikhul Islam Syeikh Zakariyya al-Ansari who said: It is permissible to perform the janazah prayer in absentia even if the distance is less than two marhalah. (See Asna al-Matalib, 1/322)

We will close with the supplication for those who have passed away from among us:

"Our Lord, forgive us and our brothers who preceded us in faith and put not in our hearts [any] resentment toward those who have believed. Our Lord, indeed You are Kind and Merciful."