AL-KAFI #1316: THE DIFFERENCE BETWEEN SERTU AND SAMAK 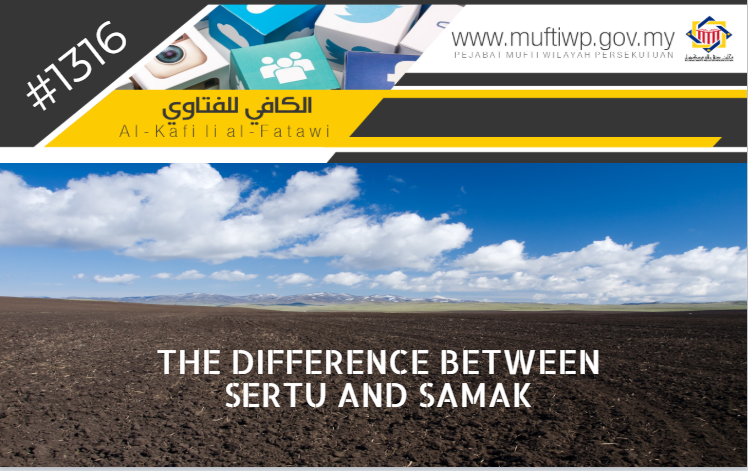 I’m confused about the meaning of the words sertu and samak. What is the difference of these two words?

The above question is closely related to the commandment of Allah SWT regarding purification process. It is stated in the Quran:

“O you who have believed, when you rise to [perform] prayer, wash your faces and your forearms to the elbows and wipe over your heads and wash your feet to the ankles. And if you are in a state of janabah, then purify yourselves. But if you are ill or on a journey or one of you comes from the place of relieving himself or you have contacted women and do not find water, then seek clean earth and wipe over your faces and hands with it. Allah does not intend to make difficulty for you, but He intends to purify you and complete His favor upon you that you may be grateful.”

Furthermore, cleanliness is also emphasized in the hadith:

Hence, the method of purifying or cleaning something is known as samak or sertu. Both words should be analysed further lexically and their usage in fiqh terminology.

According to 4th Edition of Kamus Dewan [1]. Sertu is purification of any parts of the body that came in contact with mughallazah najis (dog or swine) with water mixed with soil once and mutlak water six times, which is also known as samak.

While the word samak has several meanings. Among them is something used to cook or dye animals’ skin, cleaning mughallazah najis with water mixed with soil once and mutlak water six times, a type of plant used to tan skin.

Thus, the confusion may happen due to the definition of the word in the literal sense, for samak also has the same meaning as sertu which is the process of purification of mughallazah najis with water and soil.

The term samak, originates from the Arabic language, الدبغ which means, a method used to purify animals’ skin, whether it is to be eaten or not, which is removing the blood, flesh and anything that is attached to the skin and if left unremoved will deteriorate and rot, with astringent compound such as alum or tannin (a substance found in manjakani fruit) and others. (See: Matla’ al-Badrain, 25)

As for sertu, the term is used to describe the purification process of mughallazah najis which are dog and swine by washing it seven times and one of the washing is with water mixed with soil, whether the najis is aini or hukmi. If it came into contact with clothing, body or place. See: al-Mujtaba fi Syarh Safinah al-Naja (69). This is stated in a hadith narrated by Abu Hurairah RA, where the Prophet PBUH said:

“The cleansing of the utensil belonging to one of you, after it has been licked by a dog, is to wash it seven times, and using soil for cleaning at the first time.”

For further reference materials regarding samak and sertu and the methodology of them, they can be found in the article we’ve published previously. Some of them are:

According to the above discussion, we would like to state that the confusion between the two words in society might have come from the literal meanings of the words. The confusion that happens may lead to mistakes in our everyday lives.

May Allah SWT give us the correct understanding in our religion. Amin.