AL-KAFI #1558: THE RULING OF INHERITING PROPERTY WHICH IS UNSURE OF ITS HALAL STATUS 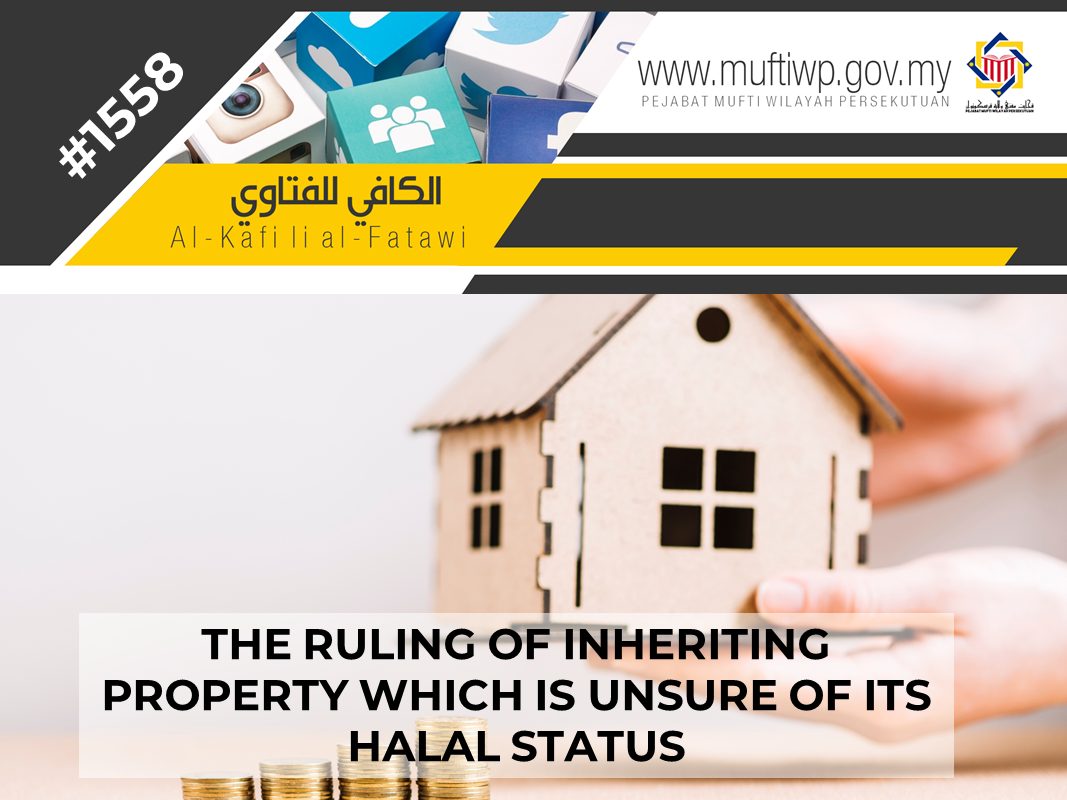 I have a question for SS Mufti on inheritance. My father just newly passed away and he left us, the heir with a huge amount of wealth. However, we are not sure whether they are purely halal or not because we knew that our father did gamble. So, is it permissible for us to inherit the property? If they are mixed with haram property, how can we purify ourselves from it? Hope for an explanation from SS Mufti. Thank you.

We start this with the hadith of the Prophet PBUH:

"Give the Fara'id (the shares of the inheritance that are prescribed in the Qur'an) to those who are entitled to receive it, and whatever is left should be given to the closest male relative of the deceased."

The above hadith becomes the dalil on the inheritance of a person’s wealth towards his rightful heirs. Imam al-Nawawi said in his book that this verse shows that the command of distributing the inheritance to the rightful heirs is in accordance with the book of Allah SWT which is al-Quran. And the remainder of the property should be given to men in priority. The scholars said that what is meant by men are of those the closest ones. [See: Syarh al-Nawawi ‘ala Muslim; 11/53]

It should be known here, what is meant by inheritance is every property left by a deceased whether it is indeed in the form of property like house, land, money or in the form of rights and benefit like rental item, loan and etc. [See: al-Mu’tamad fi al-Fiqh al-Syafi’i; 4/344-345].

Coming back to the question asked on the status of inheritance which is mixed with haram sources, here, the scholars discussed this matter in detail.

Imam al-Nawawi said in his book:

“Whoever inherits property and he does not know the source of it whether from halal or haram sources and there is no sign or indication about it, the property is halal to be inherited according to the consensus of the scholars. And if he (the heir) knows that there are portions which are haram and it is doubtful of its value, then the heirs should withdraw the haram portion depending on his own judgement”.

Imam al-Nawawi added on ways to cleanse oneself from the haram property:

Imam al-Ghazali said that if a person owns the haram property and he wants to free himself from it if the original owner of the property is still alive, it is wajib for him to return it to the owner or his heirs. Or if the owner has passed away, then it is wajib to return it to his heirs. And if it is not known of the original owner, then he should spend it to the general welfare of the Muslims like to build bridges, barricade, mosques, highways and etc. or if not, it should be donated to the poor and needy.

According to Fatwa al-Lajnah al-Daimah upon this matter, they said that if all of the inheritance is coming from haram sources, then no heir is permitted to take any of it, and upon them is all responsibilities to return the property (taken wrongly) to its rightful owner if they are able to do so. However, if one is unable, then the haram property should be spent towards goodness and intended the rewards for the persons with rights (rightful owners of the property).

According to Dar al-Ifta’ of Jordan upon this matter, they said that if the property is provenly haram as a whole, it is prohibited to be inherited, and it should not be transferred from its owner to his heirs. This is because inheritance does not permit what is prohibited. In fact, it is wajib for us to free ourselves from it and avoid it. This is also mentioned by Imam al-Ghazali in his book, Ihya’ ‘Ulum al-Din (2/130).

In conclusion, it is prohibited for a person to inherit others’ property which is haram. And it is wajib to return it to its rightful owner if found. While for haram property due to gambling, our say is, if we know for sure how much is the haram portion, the portion should be spent to the general welfare of the Muslims or being donated to the poor and needy. However, if it is unknown of the value, he should withdraw it depending on his ijtihad (judgement).

Lastly, we advise the public to avoid and abstain from gaining property by unlawful measures. May Allah SWT protect us and our provision to become halal and pure, give us understanding in His religion and bless all our good deeds.