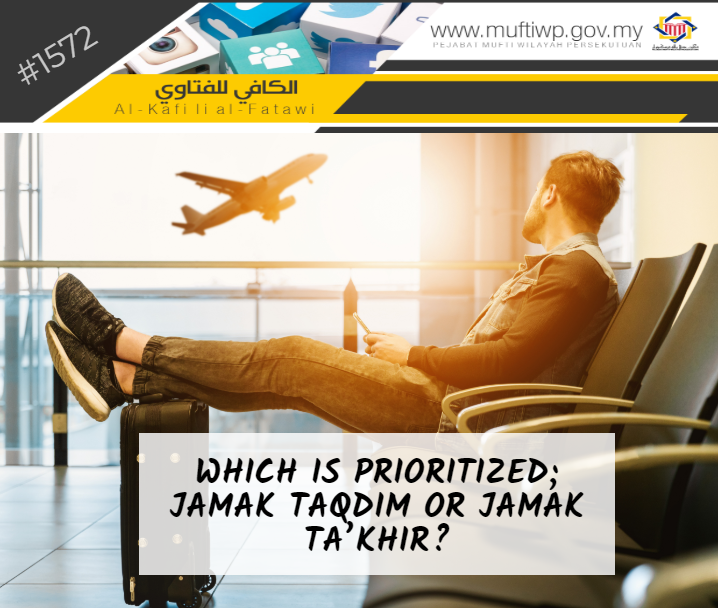 Allah SWT gives a facilitation (rukhsah) to a traveller for them to perform the prayer in jamak and qasar. Allah SWT states in the Quran:

“And when you travel throughout the land, there is no blame upon you for shortening the prayer, [especially] if you fear that those who disbelieve may disrupt [or attack] you. Indeed, the disbelievers are ever to you a clear enemy.”

“This is a favor from Allah (SWT) to you, so accept His favor.”

Coming back to the question asked, which is prioritized; jamak taqdim or jamak ta’khir? The answer should be detailed (tafsil) according to the situation of a person travelling and not an absolute prioritization of one over the other. This is explained by Syeikh Hasan al-Kaff as the following:

Imam Ibn Hajar: Jamak taqdim is prioritized for it releases him from his responsibility of performing the prayers

However, if he stops and rests for both prayer times, then there is khilaf for this and we are inclined towards the opinion of Imam Ibn Hajar which states that jamak taqdim is prioritized for him. May Allah SWT give is the correct knowledge in understanding His commandments and bless us with guidance to perform worship with sincerity towards Him. Amin.