AL-KAFI #1700: WHO IS THE MOST DESERVING TO CALL OUT THE IQAMAH? 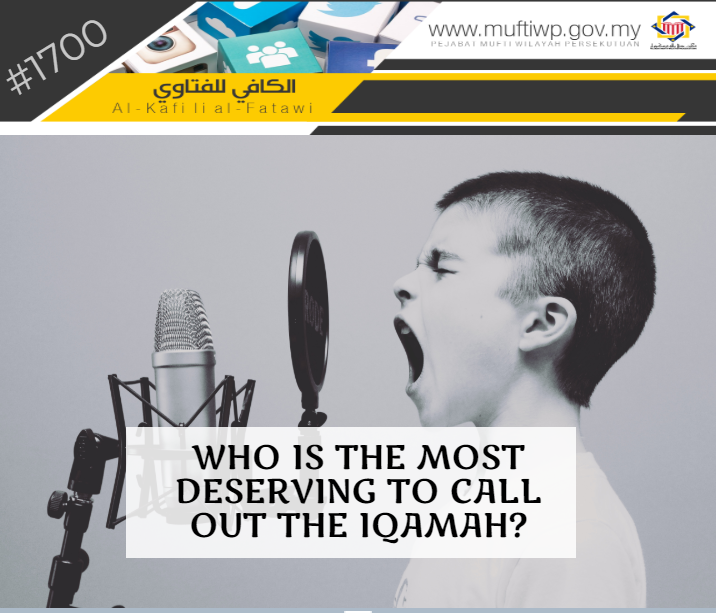 Assalamualaikum ustaz, who is the prioritized person to call the iqamah?

This opinion from Imam al-Syafie is based on a hadith narrated by Ziyad ibn al-Harith al-Suda’I RA who asked the Prophet PBUH permission for him to call the adhan and when the saf is ready for prayer, Bilal bin Rabah wanted to utter the iqamah, but then the Prophet PBUH said:

Syeikh Abu al-Toyyib al-‘Azhim al-Abadi said although the hadith is evaluated as dhaif, it has numerous syawahid or other hadiths as support. Imam al-Son’ani said this hadith is evidence that iqamah is the right of those who called the adhan and this opinion is held by the majority of scholars. He also cited the opinion of al-Hazimi where scholars have agreed that it is permissible for different individuals to each call the adhan and iqamah. (Refer ‘Aun al-Ma’bud Syarh Sunan Abi Dawud 2/209-210 and Subul al-Salam Syarh Bulugh al-Maram 1/193)

In short, we would like to state that the person who calls the adhan is the one most deserving to call the iqamah and it is sunnah as this is the opinion held by Imam al-Syafi’e.

However, if a different individual calls the iqamah, it is not an offence and the iqamah is still valid.