AL-KAFI #1716: THE RULING OF SELLING AND BUYING ANIMAL MANURE 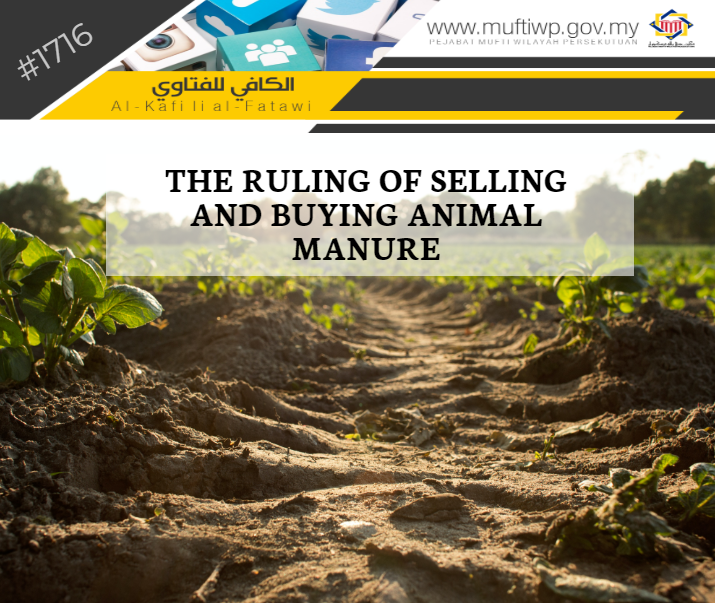 I learnt that in madhhab al-Shafi’e, the ruling of selling and buying najis is haram and the akad is invalid. So, what is the case for animal manure like chicken or goat manure and etc.? Hope for an explanation.

Selling and Buying Najis According to Madhhab al-Shafi’e

According to madhhab al-Shafi’e’, the requirements of the goods for its akad to be valid are as the following:

Among the examples of selling and buying najis is selling dogs, pigs, liquor and other stuffs considered as najis. This is in accordance with a hadith narrated by Jabir bin Abdullah R.A where he heard that the Prophet PBUH said on the day of the conquest of Mecca:

Verily Allah and His Messenger have forbidden the sale of wine, carcass, swine and idols, It was said: Allah's Messenger, you see that the fat of the carcass is used for coating the boats and varnishing the hides and people use it for lighting purposes, whereupon he said: No, it is forbidden,

In the issue of animal manure, it is also prohibited according to Imam al-Nawawi:

Selling edible najis and etc., as well as bird feces, is batil and the income from the selling is haram. And this is our madhhab (Shafi’e scholars). (Refer Al-Majmu' Syarh al-Muhazzab 9/230)

However, other Shafi’e scholars have given alternatives and a way out to permit selling and buying of manure, which is by naming the akad or contract with naql al-yad, or converting the right of ownership with the certain amount of money. Imam al-Sharwani and Imam Ibrahim al-Baijuri said:

It is permissible to change the ownership (naql al-yad) for impure (najis) stuffs with dirham (money) as in the ruling of resignation, and the method is by the owner of that najis says, “I let go of my right upon these kinds of stuff with a certain amount of money”, and the other party then said: “I accept”. (Refer Hasyiyah al-Syarwani ‘ala Tuhfah al-Muhtaj 4/235 and Hasyiyah a-Baijuri ‘ala Syarh al-Ghazi 1/42. The same is stated by Imam al-Bujairimi in Tuhfah al-Habib ‘ala Syarh al-Khatib, 3/4 and 3/60)

In fact, according to the scholars of madhhab Hanafi, selling and buying animal manure is halal and the akad is valid. According to Imam al-Nawawi, the scholars of madhhab Abu Hanifah hold that opinion because animal faeces is beneficial. So, it is permitted to be sold and bought like other goods. (Refer Radd al-Muhtar ‘ala al-Durr al-Mukhtar 6/385)

Besides, making profits from fertilization industry may also be done through ijarah akad or contract, which is by taking a wage for certain services. For example, wages are given to the owner of the animal manure in the sense of collecting, packaging, transporting and managing the manure.

Consequently, we state that, indeed, the opinion in madhhab al-Shafi’e prohibits selling and buying najis, and it includes animal manure. However, there are exceptions and alternatives due to maslahah, in which the selling and buying contract is replaced by the contract of converting ownership with certain amount of money (naql al-yad), or through wage contract (ijarah) for managing the manure.