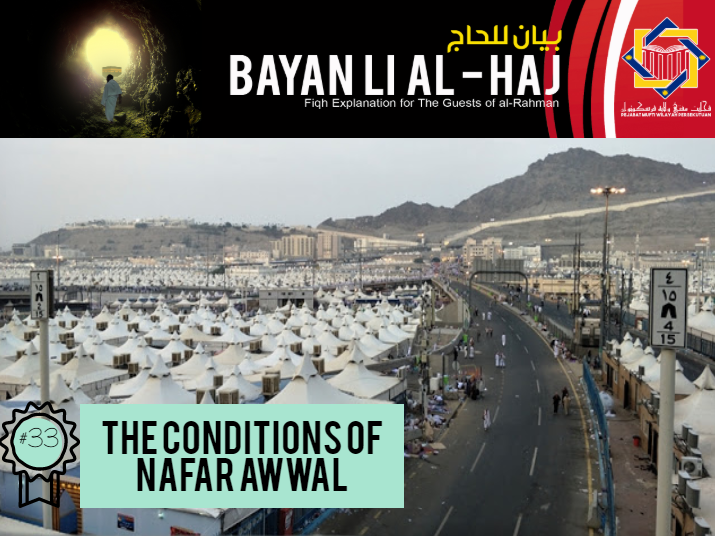 What are the conditions for pilgrims who wish to perform nafar awwal?

According to Syeikh Wahbah al-Zuhaili in Tafsir al-Munir, he explains making the throwing of jamrah only for two days (11th and 12th Zulhijjah) is not sinful, while whoever lengthens it to the third day (13th Zulhijjah) is also not sinful. While the prioritized way is to stay in Mina for three days and three nights for the throwing of jamrah. (Refer Tafsir al-Munir, 2/218)

For every worship, there are conditions to complete it. Among the conditions of nafar awwal are as the following:

However, since this is not the usual method of performing hajj, one should really understand the conditions of nafar awwal in order to maintain the completeness of hajj so that it will be accepted by Allah SWT.

Hopefully, this explanation can resolve the confusion of the questioner. Lastly, let us pray that we are all distanced and protected from anything that could lead to the wrath of Allah SWT and we are always in His blessings. Amin.