IRSYAD AL-HADITH SERIES 82 UPDATED EDITION: RAMADHAN; ITS BEGINNING IS A BLESSING, MIDDLE FORGIVENESS AND ENDS WITH THE DELIVERANCE FROM HELLFIRE 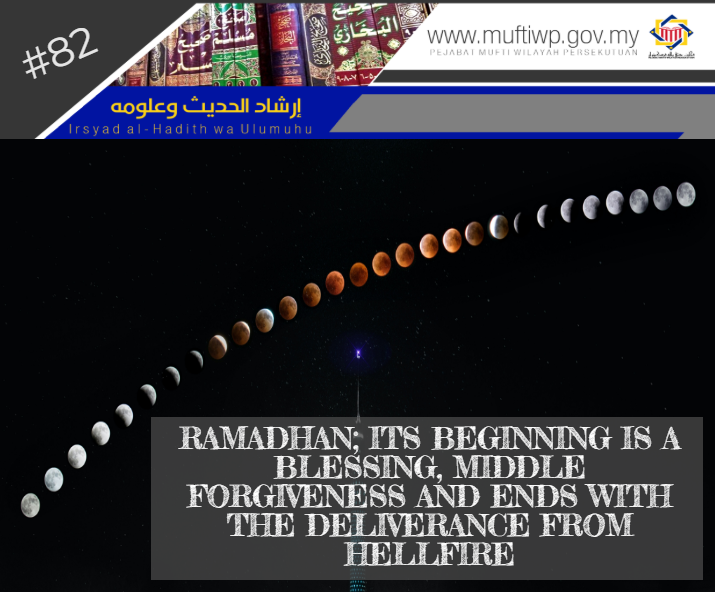 Assalamualaikum. What is the status which states that the beginning of Ramadhan is a blessing, middle forgiveness and ends with deliverance from hellfire?

Among the matan of hadith related to this issue are:

“The beginning of Ramadhan brings about blessings, the middle forgiveness and ends with deliverance from hellfire.”

“And in its (Ramadhan) beginning is blessing, middle forgiveness and ends with deliverance from hellfire.”

Among the scholars who evaluated this hadith are:

Our Disposition or Opinion

After analyzing the opinions of scholars, we are inclined to state that this hadith is very weak even though Imam Ibn Khuzaimah narrated this hadith in his sahih. However, although its status is very weak, it can still be practised in fadhail al-A’mal. The reason is throughout the month of Ramadhan there is blessings, forgiveness and deliverance from hellfire.

The literal meaning of the hadith states that blessings start at the beginning of Ramadhan. This is seen through various forms of blessings and sustenance showered and experienced by the Muslim ummah. The same when they are focused and work hard in striving to attain the forgiveness of Allah SWT which will ultimately save him from hellfire.