IRSYAD AL-HADITH SERIES 267: THE ENCOURAGEMENT OF MARRYING A FERTILE WOMAN 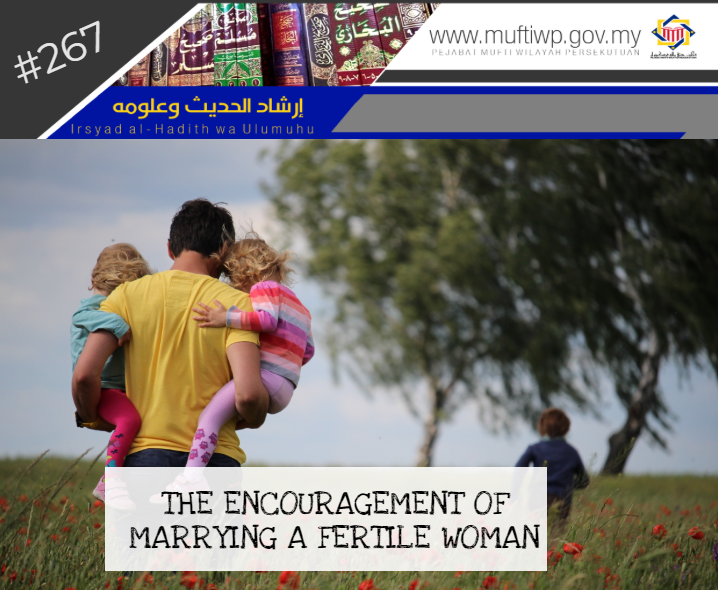 Is there a hadith which encourages marriage with a fertile woman?

Allah SWT created every creation in pairs such as man and woman. Then, Allah SWT sanctioned marriage for those who are able as stated in the statement of Allah SWT:

“And of His signs is that He created for you from yourselves mates that you may find tranquillity in them; and He placed between you, affection and mercy.”

Furthermore, our religion encourages each of its ummah to get married, this is in accordance with sahih hadiths. However, there are several characteristics that the Messenger PBUH told us that we should follow as a guide before getting married.

According to the above question, there is a hadith from Ma’qil bin Yasar who said: A man came to the Prophet PBUH and said:

I have found a woman of rank and beauty, but she does not give birth to children. Should I marry her? He said: No. He came again to him, but he prohibited him. He came to him the third time, and he (the Prophet) said: Marry women who are loving and very prolific, for I’m proud of having a great number of ummah.”

This hadith shows that the Prophet PBUH instructed the man to marry a loving woman so that she (the wife) is loving towards her husband and fertile so that she could give birth to children. This hadith bound both characteristics for if a woman is not loving then, the husband’s attraction to her would decrease. However, if the woman is not fertile, then it would not fulfil one of the commandments which are to increase the ummah by giving birth. Moreover, both characteristics are usually found in a virgin woman. Furthermore, the hadith signals to remain in a marriage which consists of these two characteristics (in a wife). (See ‘Aun al-Ma’bud, 33-34/6)

Thus, this hadith is one of the advice or prophetic guidance in choosing one’s life partner. This commandment is wajib and greatly commendable for the Prophet PBUH is proud to have a great number of ummah in the hereafter. One more thing, a child is a blessing from Allah SWT and Allah SWT blesses whomever He wishes. Thus, don’t be sad if Allah SWT has yet to bless us with a child or if Allah SWT did not bless us with a child. Our responsibility as a slave is to always put our best effort in and for all the rest, we put our trust and depend on Him.

To conclude, among the keys to happiness in marriage is when any couple is blessed with a child. Furthermore, it also strengthens the relationship in a marriage. Thus, it is our responsibility to follow any guidelines given to us by the Prophet PBUH. Lastly, may Allah SWT bless us with pious and righteous children that will be the coolness of our eyes. Amin.