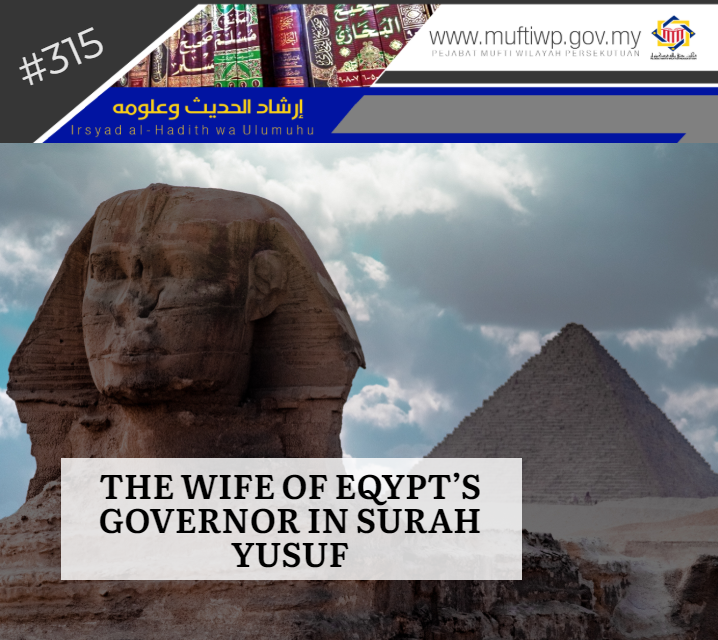 Who is “امْرَأَتُ الْعَزِيزِ” (the wife of Egypt’s governor) in surah Yusuf and is it true that the Prophet Joseph (Yusuf) AS married her then?

And the one from Egypt who bought him said to his wife, "Make his residence comfortable. Perhaps he will benefit us, or we will adopt him as a son."

And women in the city said, "The wife of al-'Azeez is seeking to seduce her slave boy; he has impassioned her with love.

The wife of al-'Azeez said, "Now the truth has become evident. It was I who sought to seduce him, and indeed, he is of the truthful.”

Based on the above question, the phrase “امْرَأَتُ الْعَزِيزِ” is Ra’il bint Ra’ail (راعيل بنت رعاييل). There is another opinion which states that her name is Zalikha or Zulaikha, however, what is clear is that Zalikha or Zulaikha is her surname and not her real name. [See: al-Bidayah wa al-Nihayah, 232/1]

Besides, Imam Ibn Kathir states that most opinions or views of scholars of tafsir are taken from the people of the book. So, avoiding it is better. [See: al-Bidayah wa al-Nihayah, 234/1]

Besides, the Prophet PBUH once gave some guidance for us to interact with the narration of people of the book which are unclear of its authenticity or fabricated narrations. This is in accordance with the saying of the Prophet PBUH:

Hence, the scholars divided the ruling to interact with narrations from the people of the book into three, which are:

In conclusion, the phrase “امْرَأَتُ الْعَزِيزِ” (the wife of Eqypt’s governor) is Ra’il and the story of her marrying the Prophet Yusuf AS is not stated in al-Quran or hadith of the Prophet PBUH. Al-Quran and the Prophet PBUH’s hadith never affirm nor reject it. While Zalikha and Zulaikha is her surname and not her real name is mentioned by Imam Ibn Kathir.

It is generally known that among the uslub al-Quran (the methodology of al-Quran) is to not mention anything unless when there is benefit or lesson towards those who may benefited from it. This is as the saying of Allah SWT:

There was certainly in their stories a lesson for those of understanding.

Lastly, may Allah SWT give us strength in studying al-Quran and the Prophet PBUH’s Sunnah in order to learn and follow the examples of the prophets and righteous people. Amin.