IRSYAD AL-HADITH SERIES 324: THE MEANING OF ‘THE GATES OF PARADISE ARE OPENED’ IN THE DUA’ AFTER ABLUTION 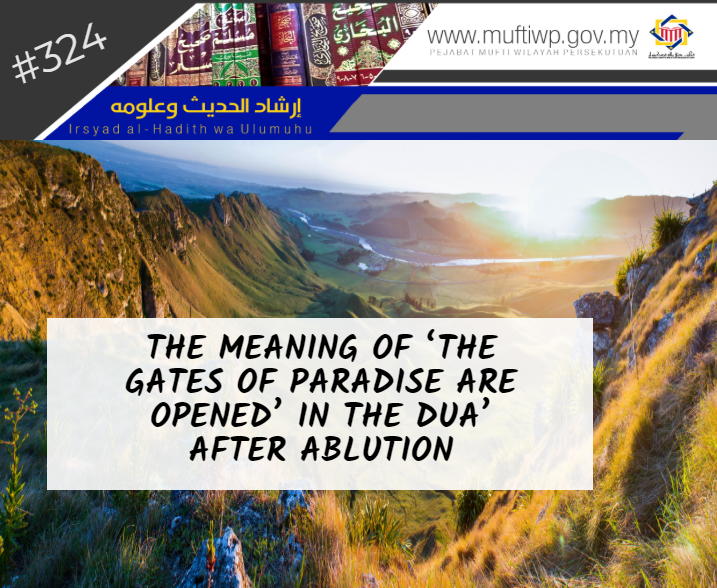 Assalamualaikum. I heard that there is a hadith which states, if there is a person who makes du’a after taking ablution, then the gates of paradise will be opened. Is this true?

Exactly. This is in accordance with the hadith from Umar RA where the Prophet PBUH said:

If anyone amongst you performs the ablution, and then completes the ablution well and then says: I testify that there is no god but Allah and that Muhammad is the servant of Allah and His Messenger, the eight gates of Paradise would be opened for him and he may enter by whichever of them he wishes

In interpreting the meaning of gates of paradise will be opened, there are two opinions:

And those who strive for Us - We will surely guide them to Our ways.

The command of Allah is coming, so be not impatient for it

May Allah place us together with the pious which makes us be among the people of His Paradise. Amin.