IRSYAD AL-HADITH SERIES 343: ARABIC LANGUAGE IS THE LANGUAGE OF PARADISE 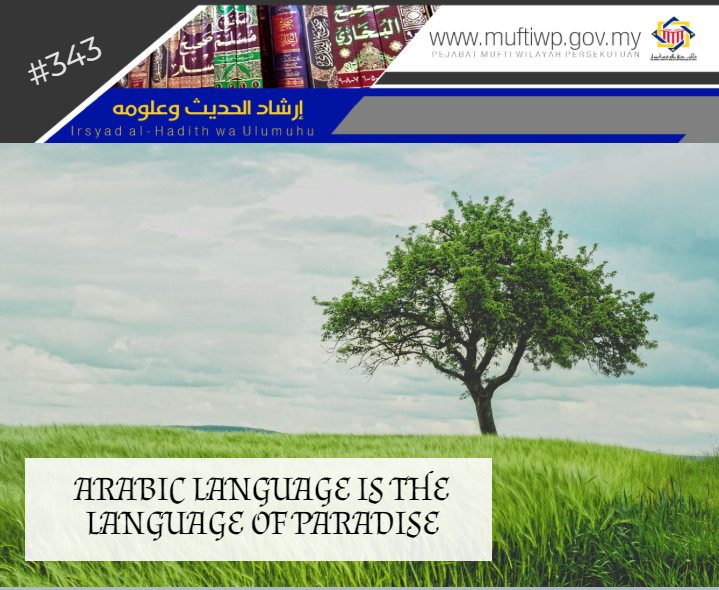 “I am an Arab, al-Quran is in Arabic and the tongue (language) of the Paradise people is in Arabic.”

The Arabic language is the language of al-Quran and it is chosen by Allah SWT to be the language which is read by His slaves to understand His sayings. This is as stated in the Quran:

“Indeed, We have sent it down as an Arabic Qur'an that you might understand.”

“I love Arab for three reasons; as I am an Arab, al-Quran is in Arabic and the language of the people of Paradise is Arabic.”

Among the scholars who evaluated this hadith:

Based on the above opinions, we are inclined to say that the hadith which states that the language of the people of paradise is Arabic is a very dhaif (weak) hadith. Even though it is said that the narration of Abu Hurairah RA is stronger or sahih when compared to the narration of Ibn Abbas R.anhuma, but both these narrations have a narrator who is tafarrud (alone in one level of narration) upon narrating the hadith.

In conclusion, the language which is used by the people of Paradise is not known as there is no sahih and clear dalil in this issue. So, we take the stand to tawaqquf in this issue. Lastly, may Allah SWT group us all in His Paradise in the Hereafter. Amin.