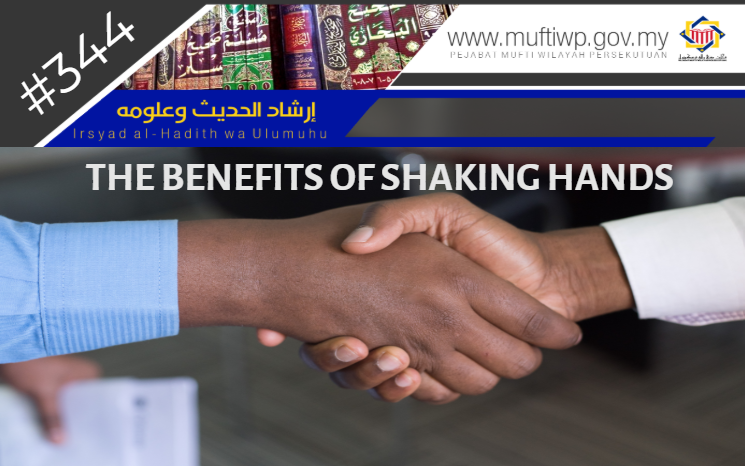 What are the benefits of shaking hands?

Islam is a religion that emphasizes manners in communication towards others regardless of whether they are Muslims or not. Furthermore, one of the reasons Allah SWT sent the Prophet Muhammad PBUH is to perfect the character of people, as the Prophet PBUH himself said:

"I was sent to perfect good character."

Furthermore, shaking hands when meeting someone is one of the manners and good conduct in Islam. The reason is, it showcased the love and care between those who are shaking hands. According to the above question, there is a hadith that mentioned the benefit of shaking hands:

"There are no two Muslims who meet and shake hands, but they will be forgiven before they part."

The above hadith is narrated by Imam Abu Daud, Imam al-Tirmizi and Imam Ibn Majah in their sunan. As for the status of the above hadith, we include the scholars’ opinions on it:

Reviewing on the above opinions of scholars, we are inclined to state that the hadith is hasan and this is supported by the actions of the companions of the Prophet PBUH. This is in accordance with an authentic hadith:

"Was it a custom of the companions of the Prophet (ﷺ) to shake hands with one another?" He said, "Yes."

Furthermore, Imam Ibn Bhattal said that shaking hands is considered as a good deed according to most scholars and Imam al-Nawawi also said that shaking hands is agreed as a sunnah when meeting someone. (See: Fath al-Bari, 55/11). This action is sanctioned by most jurists as sunnah supported by several authentic and hasan narrations. (See: al-Mawsu’ah al-Fiqhiyyah al-Kuwaitiyyah, 356/37)

To conclude, the hadith mentioning the benefit of shaking hands is hasan as stated above. Furthermore, this practise has been in existence since the time of the Prophet PBUH as narrated by the companions of the Prophet PBUH. Lastly, may Allah SWT give us strength to practise it and spread this sunnah of our beloved Prophet PBUH. Amin.