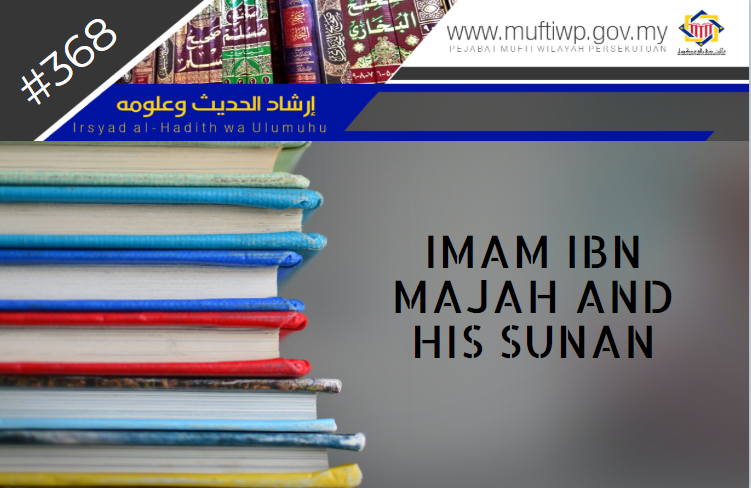 Who is Imam Ibn Majah and what is the status of his Sunan (his book of hadiths)?

Abu Abdullah Muhammad bin Yazid al-Rabi’ bin Majah al-Qazwini al-Hafiz or famously known as Ibn Majah is a renowned hadith scholar in collecting hadiths. His most famous book is Sunan Ibn Majah and this book is included in al-Kuttub al-Sittah.

Ibn Majah was born in the year 207 Hijrah or 209 Hijrah in the district of Qazwin (one of the famous towns in Iraq). The word Majah is related to his father Yazid is also famously known as Majah Maula Rab’at. Some say that Majah is the father of Yazid. However, the first opinion is the sahih opinion. The word “Majah” is the moniker of Muhammad’s father and not the moniker of his grandfather. (See al-Bidayah wa-al Nihayah, 11/52)

Furthermore, he has gone on rehlah (journey/travel) seeking knowledge to Baghdad, Basrah, al-Kufah, Mecca, Syria, Egypt and others. This shows the determination of Imam Ibn Majah in his quest for knowledge. Among his famous teachers are Suwaid bin Said, Abu Bakar bin Abi Syaibah, Ibrahim bin al-Munzir and Hisyam bin Ammar.

Among the praises of scholars that he has received are:

Imam Ibn Majah passed away in the year 273 Hijrah in Qazwin and his Sunan book contains 32 kitab (topics), 1500 chapters and 4000 hadiths of which most of them are good except a small portion of them which are not good. (See al-Hadith wa al-Muhaddithun, 303)

As for Sunan Ibn Majah, it is arranged according to Fiqh chapters and among the chapters included in it are related to Adab, al-Fitan, al-Zuhud and introduction of the book discusses issues related to knowledge.

Furthermore, in Sunan Ibn Majah, there are numerous dhaif and fake hadiths. This matter is stated by Imam Ibn al-Jauzi where he said that there are 34 fake hadiths that he had evaluated. While, Syeikh Nasiruddin has evaluated 39 fake hadiths and this number does not include wahiyat and munkar hadith.

To conclude, Imam Ibn Majah is one of the renowned scholars and his books are among the main references in the field of hadith. The reason is his knowledge and insight are acknowledged by scholars during his time and the times after him. Lastly, may Allah SWT give us understanding and strength to follow the example and character of the honored previous scholars. Ameen.