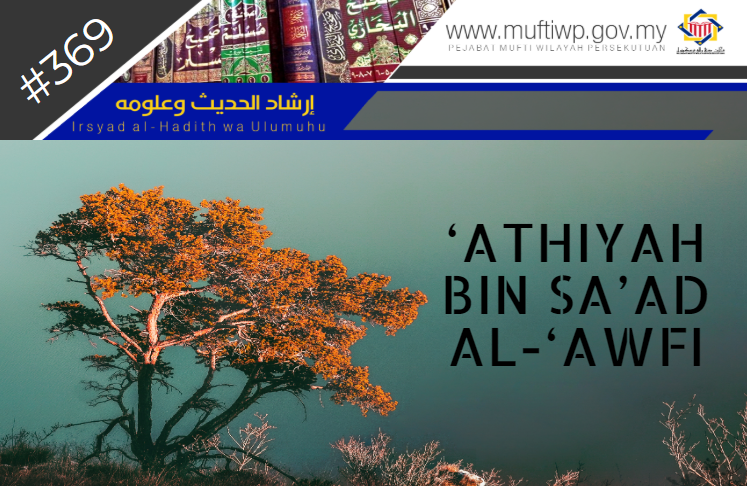 Who is ‘Athiyyah bin S’ad al-‘Awfi and what are the status of the narrations of hadith from him?

His name is ‘Athiyyah bin Sa’ad bin Junadah al-‘Awfi al-Kufi. He is known as Abu al-Hasan and he is included as one of the famous tabi’in. Furthermore, he has narrated from Ibn Abbas, Abi Sa’id, Abi Hurairah, Zaid bin Arqam, ‘Ikrimah, Abdulrahman bin Jundub and Ibn Umar R.Anhum. As for those who narrated from him are his son al-Hasan, Hajjaj bin Arthoh, Quraah bin Khalid, Zakariyya bin Abi Zaidah, Mis’ar, Mutharrif, Ismail bin Abi Khalid and many more.

Moreover, Imam Ahmad said ‘Athiyyah is a weak narrator and I once heard he met with al-Kalbi to ask about matters related to tafsir (commentary). Furthermore, he called al-Kalbi with the nickname Abu Sa’id. When he narrated from al-Kalbi he would refer to this nickname by saying “Abu Sa’id said” and does not refer to his real name. (See Tahzib al-Tahzib, 7/225)

He is also a Shiite as stated by Imam al-Zahabi in al-Siyar. Furthermore, Ibn ‘Adiy once said ‘Athiyyah has several hadiths from Abu Sa’d al-Khudri and from other than Abu Sa’id al-Khudri. Even though he is a weak narrator, his hadiths are written and he is included as a Shiite from al-Kufah.

Furthermore, Ibn Sa’ad said one day ‘Athiyyah went out with Ibn al-Ash’ath. Then, al-Hajjaj wrote a message to Muhammad bin Qasim asking them to insult Ali RA. If they refuse, they will punish with 400 times of whip and their beards are to be shaved. They are called and they refuse to do what was asked and the punishments are carried out. (See Tahzib al-Tahzib, 7/226). This is also stated by Abu Bakar al-Bazzar and he also said that ‘Athiyyah is a tasyayyu’ (inclined towards syiah)

He died in the year 111 Hijrah as stated by Imam al-Zahabi.

Considering the above opinions of hadith scholars, we are inclined to state that ‘Athiyyah bin Sa’ad al-‘Awfi is a weak narrator and his narrations should be analyzed, especially when he narrates from Abu Sa’id.

To conclude, ‘Athiyyah bin Sa’ad al-‘Awfi is a scholar with his own contributions. Furthermore, ‘Athiyyah bin Sa’ad is also a narrator whose hadiths are weak as explained above. Lastly, may Allah SWT give us understanding and strength in following the exemplary attributes of previous Muslim scholars. Amin.