IRSYAD AL-HADITH SERIES 389: THE HADITH ON “WITH EVERY SICKNESS THERE IS CURE” 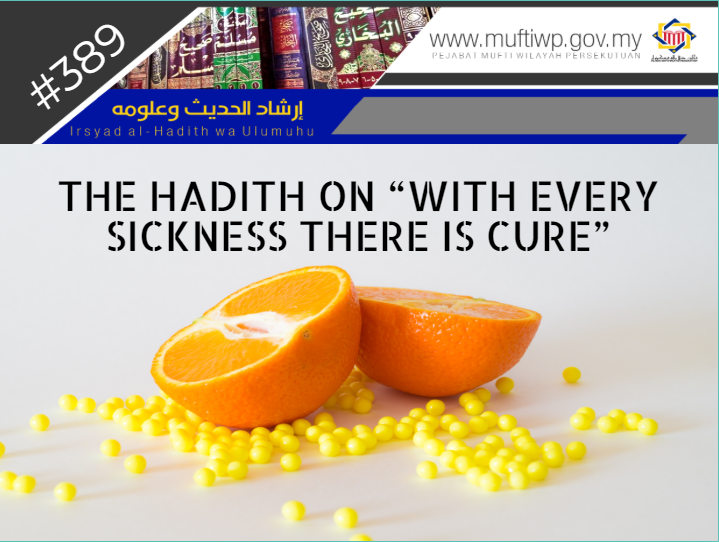 Is it true there is a hadith stating that Allah SWT will not prescribe any sickness without a cure?

Every human is created by Allah SWT will not be free from being tested. These tests are in the form of sickness, poverty, death and others according to each individual’s capabilities. Among the main purpose Allah SWT test His slaves are to differentiate those who are good. Allah SWT states:

Referring back to the above question, there are several hadiths that state Allah SWT prescribes a cure for every sickness. Among the narrations are:

“There is no disease that Allah has created, except that He also has created its treatment.”

Reviewing both hadiths, it is clear that it means the knowledge regarding diseases is revealed through the angel Gabriel to the Prophet PBUH or it can also be understood with capability. These hadiths also show that seeking medication is only with what is permissible. Thus, it is prohibited for someone to seek medication from what is prohibited as stated by Imam al-Hafiz Ibn Hajar al-Asqalani. (See Fath al-Bari, 10/135)

Furthermore, there are evidences that prohibit us from medicating with anything that is prohibited or dirty, they are as the following:

“Allah has sent down both the disease and the cure, and He has appointed a cure for every disease, so treat yourselves medically, but use nothing unlawful.”

While in another hadith:

To conclude, there are sound hadiths stating that any disease is prescribed together with its cure. Furthermore, we are commanded to medicate with only that is permissible unless if it is in dire situations. Lastly, may Allah SWT bless us with health so that we are able to worship Him. Amin.