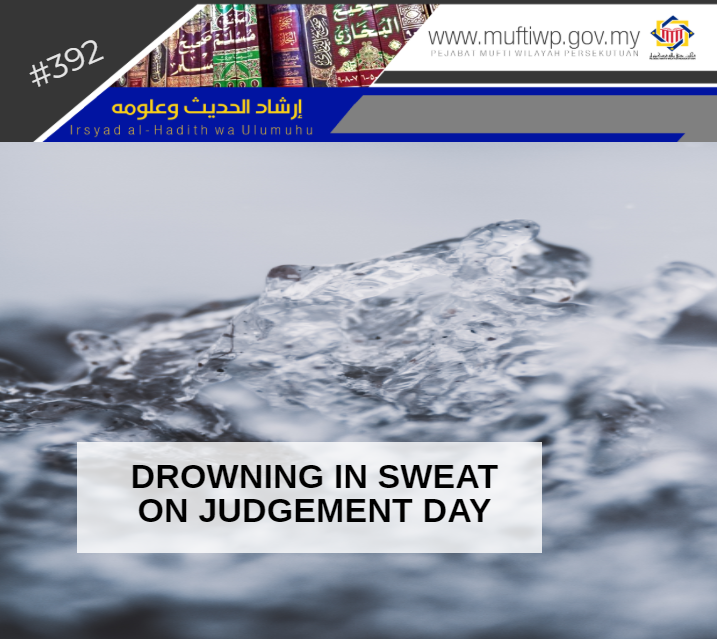 Is the claim that people will be drowning in their sweat before their deeds are presented to Allah SWT in the hereafter true?

Every individual who lived in this world will be held accountable for their every deed in front of Allah SWT in the hereafter. Among them, Allah SWT will make it easy for some of them and others the opposite.

According to the above question, it is true that there is a hadith narrated by Imam Muslim where it is stated that the sun will be so close to people on Judgement day and this is mentioned by the Prophet PBUH from al-Miqdad bin al-Aswad RA, where he heard the Prophet PBUH said:

Furthermore, there is another narration in Sahih al-Bukhari related to this issue:

"The people will sweat so profusely on the Day of Resurrection that their sweat will sink seventy cubits deep into the earth, and it will rise up till it reaches the people's mouths and ears."

Imam al-Qustholani stated when commenting on the hadith that the sign of sweat reaching the ears shows the maximum level that water could reach and undeniably the water also reached other levels. This matter, as stated in the hadith of ‘Uqbah Ibn ‘Amir where it is narrated through marfu’ that there are people of whom their sweat will reach their ankles, some to their calves, some to their knees, some to their thighs, some to their waist, some to their mouths and some drowned them that they will reach out their arms over their heads as narrated by al-Hakim. [See: Irsyad al-Sari fi Syarh Sahih al-Bukhari, 9/310]

To conclude, every living creature will be held accountable by Allah SWT on Judgement day. As for the claim that some would be drowned by their own sweat in the hereafter, this is true, for they are sabit from sahih hadiths as explained earlier. Furthermore, every person’s situation is different according to his deed. Lastly, may Allah SWT make us from among His slaves whose presentation of deeds are made easy in the hereafter. Amin.