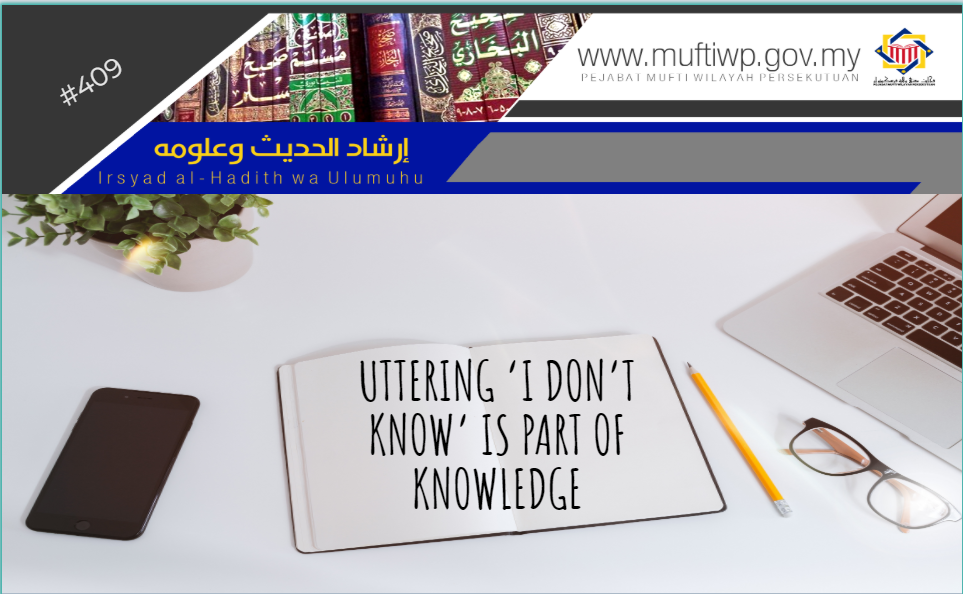 Is there a hadith by the Prophet PBUH stating: “Uttering I don’t know’ is part of knowledge” when one is asked on things he does not know?

“Uttering ‘I don’t know’ is part of knowledge”

According to the question asked, those words is not a hadith of the Prophet PBUH. However, it is a statement of one of the companions which is Abu al-Darda’ RA as recorded by Ibn Abd al-Bar. [Refer: al-Intiqa’ fi Fadhail al-Thalathah, 38]

In Sunan al-Darimi, it is narrated that this statement is linked to al-Sya’bi who is one of the tabi’in with a sahih sanad. Yahya bin Hammad reported to us that Abu ‘Awanah, from Mughirah, from al-Sya’bi said:

“Uttering ‘I don’t know’ is part of knowledge”

“If anyone is given a legal decision ignorantly, the sin rests on the one who gave it.”

In ‘Aun al-Ma’bud, it is stated that errors in issuing fatwa (which is sinful) stated in this hadith means errors happened not due to differences in method of ijtihad. [Refer: ‘Aun al-Ma’bud, 10/65]. This is because, mistakes in doing ijtihad makes a mujtahid be rewarded according to a hadith narrated by Abu Dawud, al-Tirmizi and Ibn Majah in their sunan. The reward is due to his effort in issuing the ruling although he mistakenly issues the fatwa in that matter.

Ibn Hamdan stated in his book that whoever issues a fatwa while not being eligible to do so, without any dharurat (to issue a fatwa), hence he is among the sinners. [Sifat al-Fatwa wa al-Mufti wa al-Mustafti, 59]

One of the examples to be shared pertaining this matter is the story of Imam Malik when he was asked on some questions by his students.

This story shows us that a great Imam during his time who is famously known by Imam Dar al-Hijrah was not being shy in stating that he does not know the answer on certain issues. Meanwhile, today’s atmosphere is totally the opposite where many religious speakers are so bold in answering questions given to them without knowledge. The major negative effects of this act are disarray in society and the rise of fitnah.

To conclude, the statement is not from the Prophet PBUH, but was uttered by the generation after the Prophet PBUH among the companions as well as tabi’in. Henceforth, every person intending to deliver religious teachings shall provide himself with enough knowledge. They are also advised to have amanah and are not shy to say ‘I don’t know’ in things they don’t know or are uncertain about. This is a praised act shown by the Salaf al-Soleh in the early centuries as what is done by Imam Malik bin Anas. To end, may Allah SWT give us strength and understanding in this religion for us to deliver and spread it to the world. Ameen.