IRSYAD AL-HADITH 418: NOT TALKING TO OTHER MUSLIMS FOR A YEAR 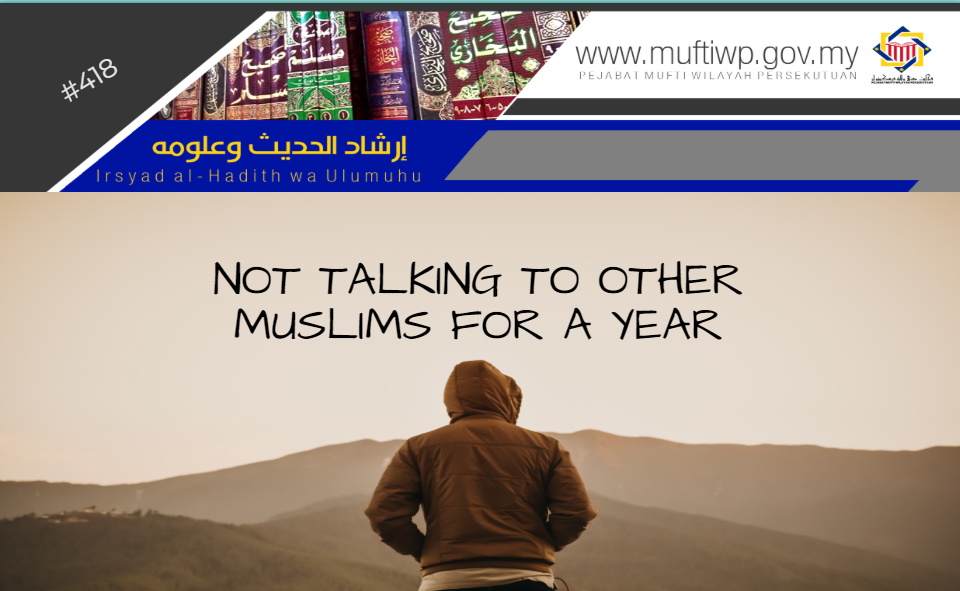 Is there any hadith which states that those who abandon (stop talking) to others is just like those who kill them?

Islam is a religion that promotes brotherhood and love between humans. This is because Allah SWT state clearly in the Quran that the believers are brothers:

“The believers are but brothers, so make settlement between your brothers. And fear Allah that you may receive mercy.”

Brotherhood is a bond which is made by Allah SWT among the believers. If we find anyone from the east or west who believes in Allah, the Angels, the Divine Books, the Prophets AS and the Hereafter, then he is a brother of the believers. Also, this brotherhood also commands them to love their brothers like they love themselves and vice versa. [Refer Tafsir al-Sa’di, 800]

Addressing the question asked, there is a hadith which stresses on the punishment to those who quarrel or abandon one another in a long period of time, which is a hadith narrated by Abi Khirash al-Sulami, where the Prophet PBUH said:

“If one keeps apart from his brother for a year, it is like shedding his blood.”

In addition, ‘brother’ meant in the above hadith is brothers in religion for a year. So, it is like shedding their blood in a sinful way and not in its permitted boundaries. [Refer: Aun al-Ma’bud, 13/176]. In another hadith, it is stated there that the ruling of fighting between Muslims is haram if it is done without any reasons permitted by syarak. This is in accordance with a sahih hadith:

To conclude, hadith which states that those who does not talk to his other Muslim brothers for a year is like those who shed others’ blood is a sahih hadith. In fact, those who do so will not enter the paradise according to a sahih hadith:

A hadith narrated by Jubair bin Mut’im RA where the Prophet PBUH said:

"The person who severs the bond of kinship will not enter Paradise."

Lastly, may Allah SWT make us be among His servants who always preserve the Muslim brotherhood and among those who enter His Paradise. Ameen.