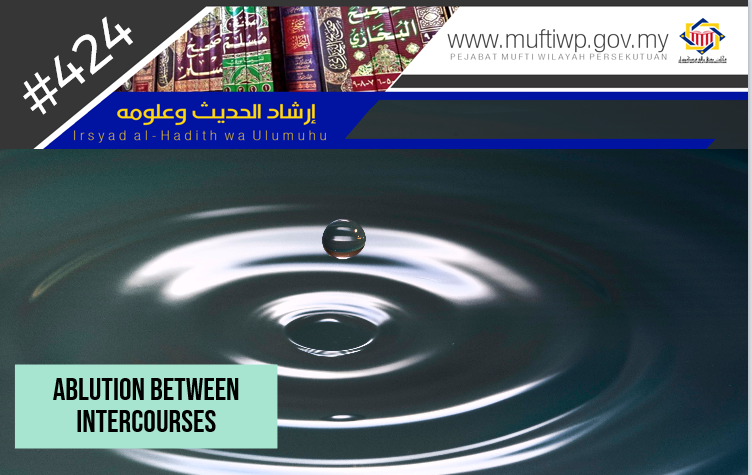 Is there a hadith that narrates that it is sunnah to perform ablution between two intercourses?

In Islam, we are taught the manners for everything from the smallest to the greatest of matters and this proves the perfection of this religion of Islam. Furthermore, among the purpose the Prophet PBUH was sent is to perfect the character of people.

"I was sent to perfect good character."

According to the above question, there is an authentic hadith from the Prophet PBUH where it states that it is sunnah to perform ablution if a person wants to have intercourse with his wife again:

Furthermore, Imam al-Nawawi also states several wisdoms based on the encouragement of the Prophet PBUH to perform ablution in this case to several opinions of scholars, among them are: (al-Minhaj Syarah Sahih Muslim, 3/217-218)

“One day the Prophet (ﷺ) had intercourse with all his wives. He took a bath after each intercourse. I asked him: Messenger of Allah, why don't you make it a single bath? He replied: This is more purifying, better and cleaning.”

Lastly, may Allah SWT bless us with pious spouse and children who will be the apple of our eyes. Amin.