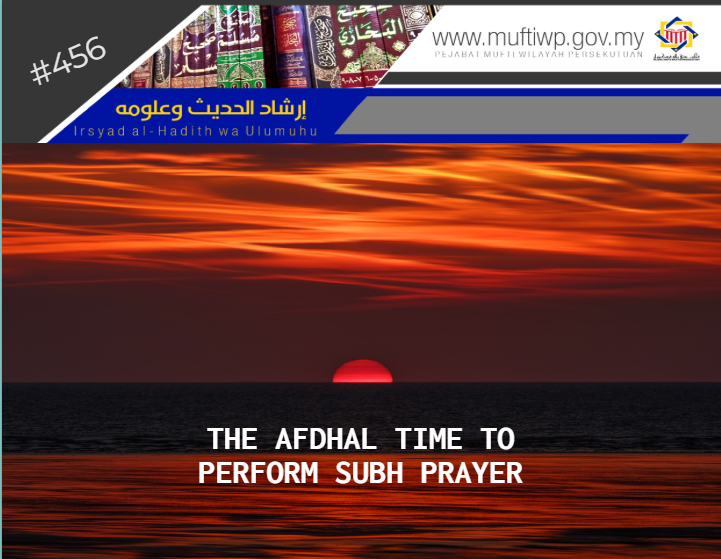 What is the afdhal time to perform Subh prayer? Is it during ghalas or isfar?

Before we explain the related hadiths, we would like to first explain the meaning of ghalas and isfar. Ghalas is the mix of the Subh light with the darkness of night. While isfar is the time where it is a bit bright and clearer indicating the fajr time. Therefore, isfar comes after ghalas time.

Based on the above question, here, we include some hadith which states the time where the Prophet PBUH performed Subh prayer. This is because, there are hadiths which seemed as though they contradict one another and both of them are sahih:

Perform Fajr at AI-Isfar, for indeed its reward is greater

Allah's Messenger (ﷺ) (p.b.u.h) offered the Fajr prayer when it was still dark

Allah's Messenger (ﷺ) used to offer the Fajr prayer when it was still dark and the believing women used to return (after finishing their prayer) and nobody could recognize them owing to darkness, or they could not recognize one another.

Imam al-Tirmidhi said that more than one scholar among the companions of the Prophet PBUH and the tabi’in who are of the opinion that Subh prayer (Fajr) is performed when the sky is a bit light and this is the opinion of Sufyan al-Thauri. While for al-Shaf’ie, Ahmad and Ishaq, the meaning of al-Isfar is the time where fajr is brighter without a doubt and they are not of the opinion that the meaning of al-isfar means praying late. [See: Jami’ al-Tirmizi, 1/289]

According to al-Hafiz Ibn Hajar al-Asqalani in his book, Imam al-Shaf’ie and others are of the opinion that hadith Rafi’ means certainty that the fajr has risen (the time for fajr prayer has begun). While Imam al-Thahawi are of the opinion that what is meant by the Prophet PBUH (in the hadith of Rafi’) is a command to lengthening the recitation on it (Subh prayer) until he finishes his salah when the sky is brighter. Some scholars claim that this hadith repeals the hadith of that Subh prayer is performed during the sky is dark and this is not an accurate opinion. [See: Fath al-Bari, 2/55]

Besides, Imam Ibn Qayyim al-Jawziyyah said what is meant by al-Isfar is continuously not the beginning of. So, one starts his prayer when the sky is dark and completes it when it is a bit brighter as performed by the Prophet PBUH in which his saying will definitely be in accordance with his actions and will never be contradicting. [See: I’lam al-Muwaqqi’in, 4/294]

Observing some of the above opinions, we are inclined to say that the best time to perform Subh prayer is at the beginning of its time. While the hadith stating about al-Isfar, it probably because the Prophet PBUH encourages us to lengthen our recitation in Subh prayer as mentioned by Imam al-Thahawi and it will also probably because the Prophet PBUH intends to teach and tell on the broadening of Subh time.