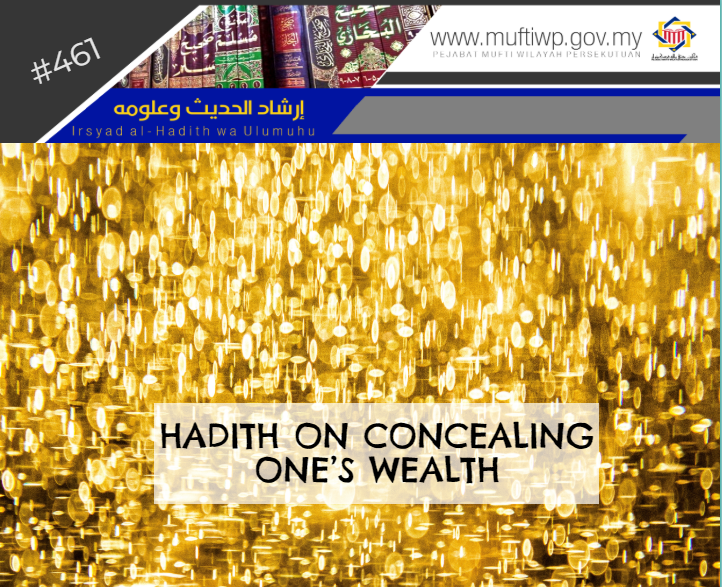 “Seek help in rendering your wishes by concealing it as every person with ni’mah will be envied upon (by others).”

The Source of Hadith

Among the example of narration which comes from the chain of Ali bin Abi Thalib RA with different text, but almost similar in meaning is:

The Status of Hadith

Among those who evaluate this hadith as mawdu’ (fake/fabricated):

Among those who evaluate this hadith as sahih is:

After observing some opinions above, we are inclined to state that the above hadith is very dhaif (weak) as each of its sanad is not free from critics and some narrators in its sanad are accused of being liars or fabricators of hadith. Besides, we take the approach of not detailing each chain of narrators by stating the scholars’ evaluation of each narrator to ease the understanding. Still, some scholars state that the meaning of the above hadith is true. In addition, the prohibition of disclosing the ni’mah does not come in an absolute manner. It depends on the context and physical setting. [See: al-Maqasid al-Hasanah, 112]

Besides, the meaning of hasad (envy) as mentioned by Imam al-Jurjani in his book is wishing for the removal of the ni’mah from those who he envied upon so that it may be transferred to him. [See: al-Ta’rifat, 87]

Thus, the meaning of hasad is we wish for the ni’mah of others’ and at the same time we hope that the ni’mah will vanish from those who have it. However, there is an exception as mentioned on this hadith:

According to Imam Ibn Hajar al-‘Asqalani, the meaning of hasad in this hadith is al-Ghibtoh (الغبطة) which is a wish of having the ni’mah like others without wishing those ni’mah be removed from the persons and the phrase hasad used in this hadith is a majaz (metaphorical). The wish is also said as a competition and a praiseful act if it is done towards obedience. [See: Fath al-Bari, 1/167]

In conclusion, the above hadith or narration is very dhaif as each chain (sanad) is not free from critics by the scholars. However, this prohibition as mentioned by Imam al-Sakhawi does not come in an absolute manner but depends on the situation or time setting. If there is a need in considering the situation, then it is not wrong to practice it. Lastly, may Allah SWT give us understanding in the religion as well as protect us from hasad. Ameen.