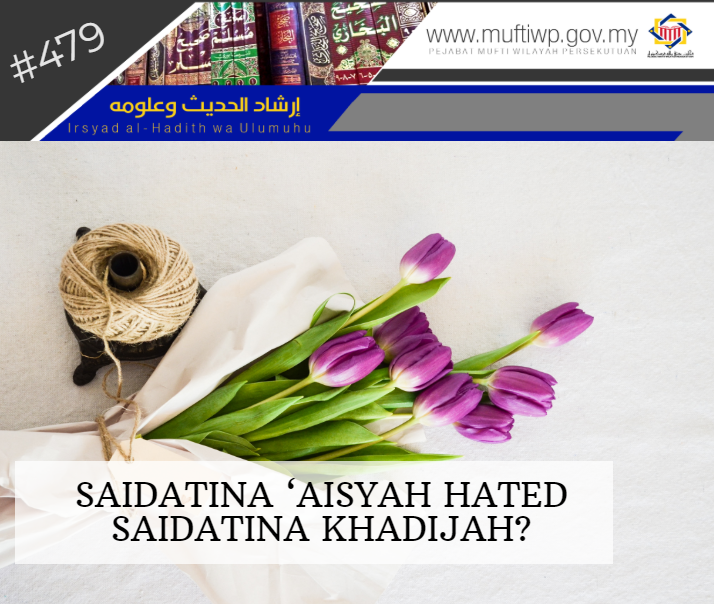 The wives of the Prophet PBUH are the best of women. They are the women that have been honoured and blessed by Allah SWT that Allah SWT stated that they are unlike other women. Allah SWT states:

“O wives of the Prophet, you are not like anyone among women. If you fear Allah,”

They are honoured and raised above others with the title Ummahatul Mukminin which means the mothers of believers. Allah SWT states:

“The Prophet is more worthy of the believers than themselves, and his wives are [in the position of] their mothers.”

Syeikh Amin al-Syanqiti said this shows the distinction and honour of them as the mother of which it is wajib for us to respect them. This is clear evidence without a doubt. (Refer Adwa Al-Bayan Fi Idhah Al-Quran Bi Al-Quran, 6/335)

Al-Qadhi Iyadh stated that anyone who insulted any of the wives of the Prophet PBUH, then it is permissible for him to be executed for he is considered to have insulted the Prophet PBUH. Al-Qadhi Abu Ya’la said that whoever that had accused Aisyah R.Anha of fornication while Allah SWT has freed her from that accusation, then he is considered as a disbeliever without khilaf (difference of opinion among scholars) and there is a consensus on this matter. (Refer Majmu’ah Rasail Ibn Abidin, pg. 358)

Ibnu Abidin said the most sahih opinion stated that whoever accuse any of the wives of the Prophet PBUH of committing a treacherous act, then it is the same as the ruling of accusing Saidatina Aisyah R.Anha. (Refer Majmu’ah Rasail Ibn ‘Abidin, pg. 358)

Someone who asserts to believe in Allah SWT and His Messenger should not degrade or insult ummahatul mukminin. Imam al-Tahawi said:

“Whoever say good things about the Companions and the wives of the Prophet PBUH who are all pure (which means does not insult and degrade them) from any words of abuse, then he is free from the attribute of a hypocrite.” (Refer Al-Akidah Al-Tahawiyah, pg. 44)

According to the above opinions of scholars, then we can understand that the act of insulting or degrading ummahatul mukminin with bad and treacherous accusations is a heavy act and it could lead to fasiq and even to disbelief.

Coming back to the question presented, there are several narrations which narrates several views and reactions of Sadatina Aisyah towards Saidatina Khadijah. Among them are:

“Never did I feel jealous of the wives of Allah's Apostle (ﷺ) but in case of Khadija, although I did no, (have the privilege to) see her. She further added that whenever Allah's Messenger (ﷺ) slaughtered a sheep, he said: Send it to the companions of Khadija I was annoyed with him one day and said: (It is) Khadija only who always prevails upon your mind. Thereupon Allah's Messenger (ﷺ) said: I’m to have loved her.”

“Whenever the Prophet PBUH talks about Khadija, he would always praise her and say good things about her. Aisyah said: One day I was jealous, thus I say: You have talking so much about a person with a red jaw. Indeed, Allah has replaced her with a better woman. The Prophet PBUH said: Allah did not replace her with someone better. She believes in me when people did not believe in me, accept my words when others reject me, she gave me her wealth when others refuses to give me their property and Allah blessed me with children with her when Allah did not bless me children with any other women.”

Once Hala bint Khuwailid, Khadija's sister, asked the permission of the Prophet (ﷺ) to enter. On that, the Prophet (ﷺ) remembered the way Khadija used to ask permission, and that upset him. So, I became jealous and said, "What makes you remember an old woman amongst the old women of Quraish an old woman (with a toothless mouth) of red gums who died long ago, and in whose place, Allah has given you somebody better than her?"

In the narration with different wording that explains the reaction of the Prophet PBUH when Aisyah said such words. Aisyah said:

“And thus, the face of the Prophet PBUH changes of which I’ve never seen from the Prophet PBUH except when the revelation came to him and when he observes the clouds until he ascertained whether it is blessing or punishment.”

What comes from the mouth of Saidatina Aisyah when the Prophet PBUH always say or talk about Khadijah are a result of her jealousy. It is a natural feeling for a wife. She would naturally feel jealous when her husband mentions another woman in front of her. Especially if the other woman talked about is someone of whom her husband was married to, loved and has contributed a lot for her husband.

Al-Qadhi Iyadh said that this is a natural feeling of a woman. Jealousy is permissible and it does not affect the character of ummahatul mukminin. It is a part of a woman itself. Thus, the Prophet PBUH does not restrict it nor did he rebuke Saidatina Aisyah. (Refer Kamal Al-Mu’lim Syarh Sahih Muslim, 7/224)

In a narration of al-Tabarani, when Saidatina Aisyah notices the change in the Prophet PBUH’s face which it is possible that the Prophet PBUH disliked what she just said, she quickly said:

“O Messenger of Allah, forgive me, then Allah will forgive you. By Allah, you will never hear me talk about Khadijah of which you didn’t like after this.”

Narrated by al-Tabarani (14) in Al-Mu’jam Al-Kabir.

This clearly proves that what was said by Saidatina Aisyah came from jealousy. If it came from hatred, surely, the Prophet PBUH would know and he would restrict her from saying as such. However, from what we see from these narrations, there is only a change in the Prophet PBUH’s face and he clarifies the distinguished character of Khadijah and why he always talks about Saidatina Khadijah.

Imam al-Nawawi gave his opinion saying that it is possible that when Saidatina Aisyah said that Khadijah is old and such, she is too young. This is a natural character of a young immature woman. (Refer l-Minhaj Syarh Sohih Muslim, 7/209)

Furthermore, jealousy among the Ummahatul Mukminin is common that the Prophet PBUH even said:

Ibnu Hajar al-Asqalani said that it is not a weird thing to happen for jealousy is common. He also said that a person who got jealous should not be rebuked or punished for at the time she is consumed by that feeling. (Refer Fath Al-Bari Syarh Sohih Al-Bukhari, 15/31)

Logically, a person who hated or disliked another person wouldn’t say anything good about the other person. He would only say the vices and evils of the person he hates. However, this does not happen to Saidatina Aisyah. If she hated or disliked Saidatina Khadijah, she wouldn’t state the virtue and high standing of Saidatina Khadijah from the point of view of the Prophet PBUH. There is no woman who would state the virtue and goodness of another woman that she hates. This proves that Saidatina Aisyah did not hate Sadatina Khadijah.

Furthermore, Saidatina Aisyah is the person who narrates the story of how the Prophet PBUH first received revelation and the role of Khadijah in calming and believing in the Prophet PBUH after the incident in the cave of Hira’. This can be referred to at the beginning of Sahih Bukhari in the third hadith in the book on the starting of revelation (بدء الوحي).

May Allah SWT protect our tongues from saying something bad about Ummahatul Mukminin. Amin.