IRSYAD AL-HADITH 516: STATUS OF THE HADITH “DEPRAVITY FOR WOMEN WHO ARE ROUGH-SPOKEN” 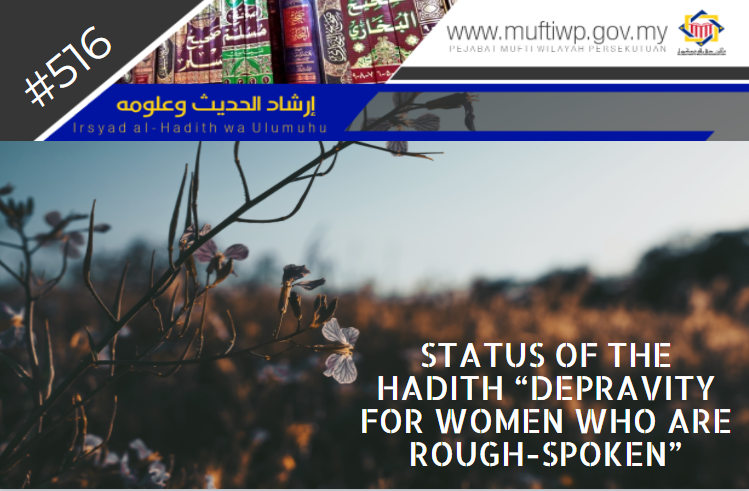 What is the status of this hadith, SS Datuk Mufti? The Prophet PBUH answered when a Companion asked him: What is worse than a dog’s saliva, O Prophet PBUH? He PBUH answered: “Women who are rough-spoken”

Verily, amongst you (women) are those who enter Paradise (while the Prophet putting his fingers together) and most of them will become the fuel for Hellfire (then he PBUH spread his fingers). A woman asked, “Why so O Messenger of Allah?” He answered, “Because you deny our husband’s good deeds, curses and delays goodness”. [1]

Besides, in another hadith, it is narrated from ‘Abdullah ibn Umar that the Prophet PBUH said:

"The believer does not insult the honor of others, nor curse, nor commit Fahishah, nor is he foul."[2]

After analyzation is made, hadith which claims that women who are rough-spoken are more depraved than a dog’s saliva is not true as it is not found from any accredited sources of hadith. The saying is only created by irresponsible individuals that it causes a spread in social media. While the text is not known of its original source. Do verify all news come to us before being spread. This may help us abstaining ourselves from saying something which is never said by the Prophet PBUH. Wallahu a’lam.