IRSYAD AL-FATWA HAJJ AND SACRIFICE (QORBAN) SERIES 12: ENCOURAGEMENT TO NOT CUT ONE’S NAILS AND HAIR AT THE START OF 1ST ZULHIJJAH FOR THOSE WHO INTEND TO PERFORM SACRIFICE 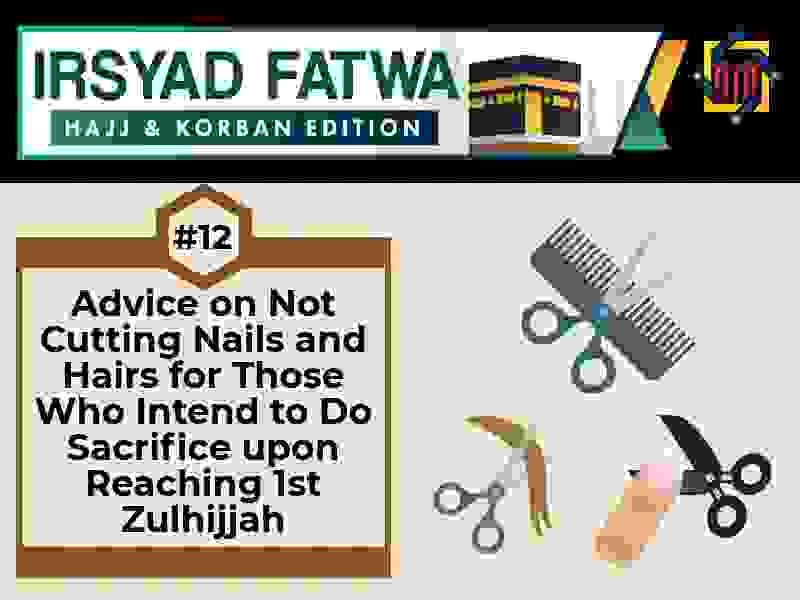 I once heard that there is a hadith stating that for those who intend to perform the sacrifice, he should not cut his hair and nails at the start of 1st Zulhijjah. Is this true?

At the beginning of the month of Zuhijjah (1st Zulhijjah) then it is Sunnah for those who intend to perform a sacrifice to not cut his hair off his head, face or body, and also his nails until his worship of sacrifice is completed. This is in accordance with the hadith from Ummu Salamah R.Anha, where he heard the Prophet PBUH said:

“He who has a sacrificial animal with him whom (he intends) to offer as sacrifice, and he enters the month of Dhu'I-Hijja, he should not get his hair cut or nails trimmed until he has sacrificed the animal.”

Al-Imam al-Nawawi in his book al-Minhaj Syarh Sahih Muslim stated: For the above hadith, some scholars understand it as a prohibition to cut hair, body hair, and nails. This is the opinion of Sa’id bin al-Musayyib, Rabi’ah, Ahmad, Daud al-Zahiri, Ishak and some scholars of ashab al-Syafi’e. As for al-Imam al-Syafi’e and his other ashab, they state that the restriction is makruh tanzih and not a prohibition.

According to the above opinions, here we state that for those who intend to perform the sacrifice, then on 1st Zulhijjah, it is sunnah to not cut one’s nails, hair which also includes body hairs until his sacrifice is complete. This is the opinion of al-Imam al-Syafi’e and his ashab and also the final opinion of madhab al-Syafi’e.

Among the wisdom stated by Imam Nawawi Rahimahullah in his book (Syarah) is the restriction of cutting nails and hair for those who intend to perform the sacrifice, so that every part of his body will be free from the punishment of hellfire. There is a weak opinion stating that someone who intends to perform sacrifice is in a similar situation as a person who is in the state of ihram where he is prohibited to cut his hair, body hair and nails and other several prohibitions. Wallahua’lam.