IRSYAD AL-FATWA HAJJ AND QORBAN SERIES 14: THE RULING OF APPOINTING SOMEONE FOR SACRIFICE 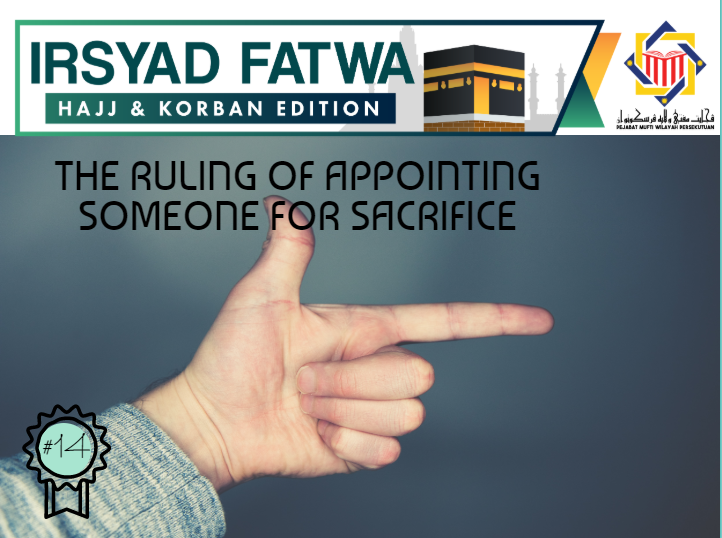 Is it permissible to appoint someone else for our sacrifice?

Scholars have agreed that it is permissible to appoint someone else to perform the sacrifice for himself on the condition that the appointee is a Muslim. This is in accordance with the hadith from Fatimah R.Anha:

“Stand up and go to the place of sacrifice and witness yourself, for with the first drop of blood your previos sins will be forgiven. Fatimah asked: O Messenger of Allah! Is this just for us Ahl Bait? The Prophet PBUH answered: It is for us and all of Muslims.”

Al-Imam al-Nawawi Rahimahullah said in his book al-Majmu’; a man and a woman is permissible to appoint someone else to slaughter their sacrificial animals and if they choose to do so, then it is prioritized for a Muslim who are an expert in the field of hunting and slaughter and who are knowledgeable regarding the conditions of slaughter and its sunnah. [1]

Subsequently, it is impermissible to appoint idolaters, Zoroastrians; fire worshippers and people who denounced Islam to slaughter the sacrificial animal, but it is permissible for the people of the book, children and women. However, the scholars of madhab Syafi’e ruled it makruh (undesirable) to appoint children and women who are experiencing menstruation to slaughter the animal sacrifice and the authentic and correct opinion state that it is permissible and not makruh to appoint women who are experiencing menstruation for there is no authentic prohibition, at the same time menstruating women are prioritized than children. [2]

Appointment of someone usually happened through verbal or written agreement. However, there are certain situations where someone may have the intention to perform the slaughter for his sacrifice, but on the day, he fell sick and is unable to slaughter his sacrificial animal himself, although he did not appoint anyone earlier, then it is permissible for someone to slaughter the sacrificial animal on behalf of the sick person in al-Imam Abu Hanifah Rahimahullah’s opinion. [3]

Next, we include the decision made by National Muzakarah Fatwa regarding the ruling of wakalah in terms the worship of sacrifice:

The decisions of the Syariah Review Panel meeting are as follows: