IRSYAD AL-FATWA HAJJ AND SACRIFICE (QORBAN) SERIES 5: THE RULING OF AQIQAH AND QORBAN PORTIONS IN A SINGLE ANIMAL SACRIFICE 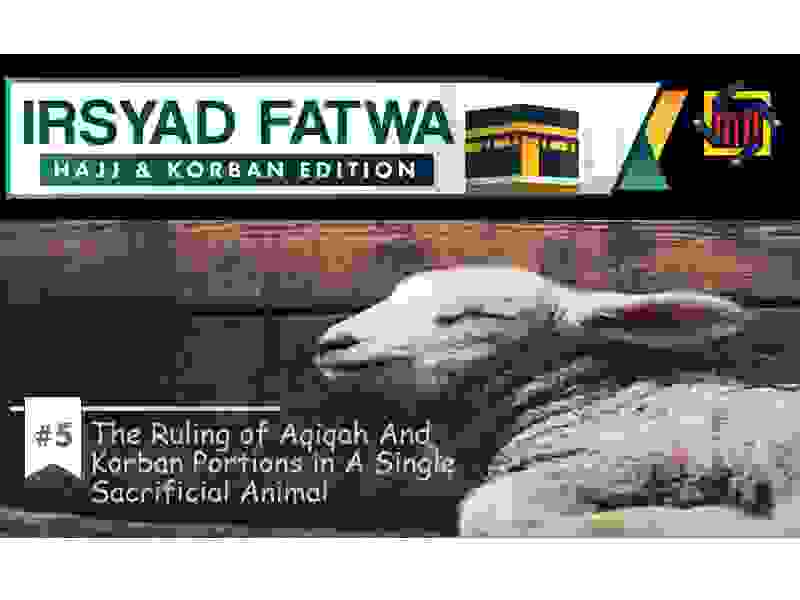 Is it permissible for the same cow to be slaughtered where 5 portions of it are for sacrifice and the other two portions for aqiqah?

Before answering the above question, we would like to explain that for a cow or a camel, it can be divided into 7 portions. This is accordance with a hadith from Jabir bin Abdullah RA, where he said:

Al-Imam al-Nawawi Rahimahullah in his book al-Minhaj Syrah Sahih Muslim states that the above hadith is evidence as to the permissibility of isytirak (sharing) of a camel or cow for 7 parts (where each portion represent a goat). [1]

“If a camel or cow is slaughtered and the seven parts are for sacrifice, aqiqah and kaffarah for shaving while performing hajj, then all of them are valid…” (See al-Fatawa al-Fiqhiyyah al-Kubra. Al-Maktabah al-Islamiyyah, 4/256)

Know that there is a difference of opinions regarding this issue among the scholars, hence, there are options for us. In our opinion, it is permissible to share a single slaughter animal, whether it is a cow or a camel into seven portions, where the portions purpose may be for aqiqah or sacrifice according to the opinion of al-Syafi’eyyah and al-Hanafiah jurists.

The capability of someone to perform the aqiqah or sacrifice should also be taken into consideration. If he is able, then it is prioritized for him to separate both the worship of aqiqah and sacrifice into two slaughter animals to avoid the khilaf (difference of opinions). Wallahua’lam