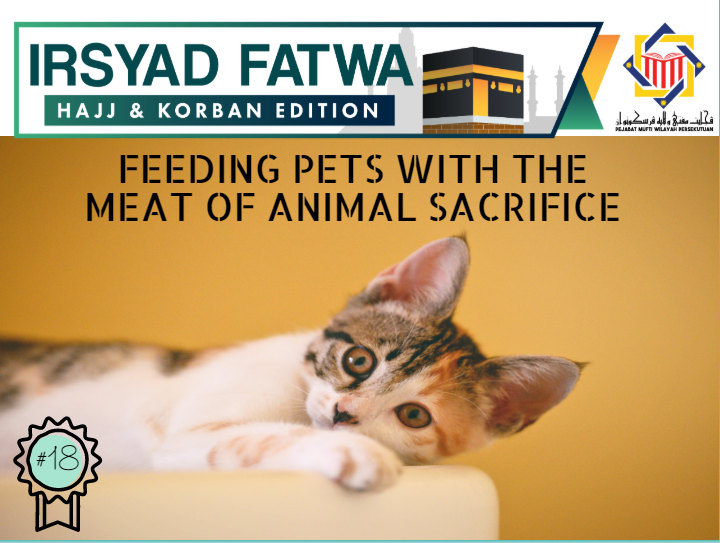 Salam. What is the ruling of feeding the meat of animal sacrifice to pets such as cats and chickens?

“That they may witness benefits for themselves and mention the name of Allah on known days over what He has provided for them of [sacrificial] animals. So, eat of them and feed the miserable and poor.”

Feeding hungry animals is a form of compassion act towards the creations of Allah. From Syaddad bin Aus, the Prophet PBUH said:

“Verily Allah has prescribed ihsan (proficiency, perfection) in all things.”

The Prophet PBUH told a story regarding a man who gave a drink to a thirsty dog using his shoe and Allah SWT bless the man and forgive him. Then (the Companions around him) said: Allah's Messenger, is there for us a reward even for (serving) such animals? He said:

“Yes, there is a reward for service to every living animal.”

This means, compassion and doing good to all the creations will be rewarded. Furthermore, Islam reproaches a person who neglects to feed his pet. Ibnu Umar R.Anhuma narrated that the Prophet PBUH said:

“A woman entered the (Hell) Fire because of a cat which she had tied, neither giving it food nor setting it free to eat from the vermin of the earth.”

Hence, feeding pets with some of the sacrificial meat is neither sinful nor prohibited. This includes hungry animals on the streets.