IRSYAD FATWA RAMADHAN EDITION: THE RULING OF CUPPING DURING FASTING 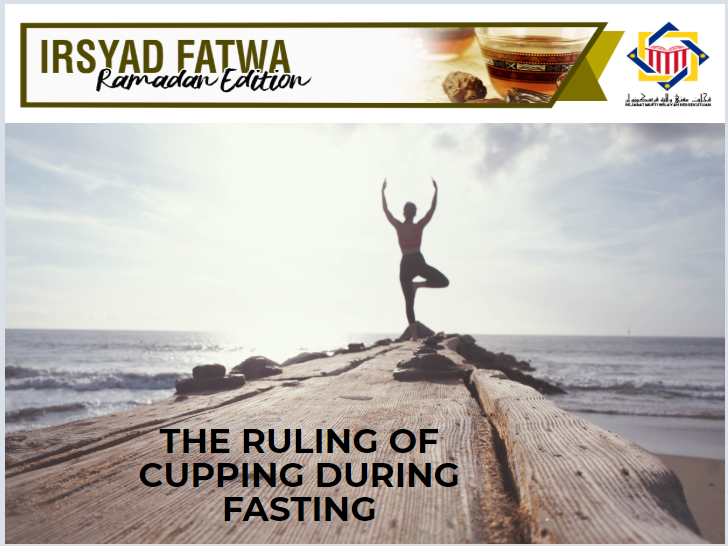 Assalamualaikum SS Datuk Mufti, what is the ruling of cupping during fasting?

The ruling of cupping during the day in Ramadhan differs according to the scholars. The most selected opinion of the companions and the successors is it does not invalidate one’s fast according to the Quran and hadeeth. It is said that Sa’d bin Abi Waqqas RA did cupping during fasting. Zubair al-Awwam RA, Ummu Alqamah and others also did the same. However, Imam Malik and Abu Hanifah both hold the opinion that cupping will invalidate one’s fasting. As for Ata’, he said that the person who did this will be obligated to pay kaffarah.

The selected opinion is the opinion of majority of the scholars who ruled that it is not discouraged (not makruh) if it does not have adverse effects on the person who is fasting (weak or other health problems). Refer Su’alat al-So’imin (page 65-66). I am inclined towards avoiding cupping during fasting to withdraw from any disagreement (khilaf).